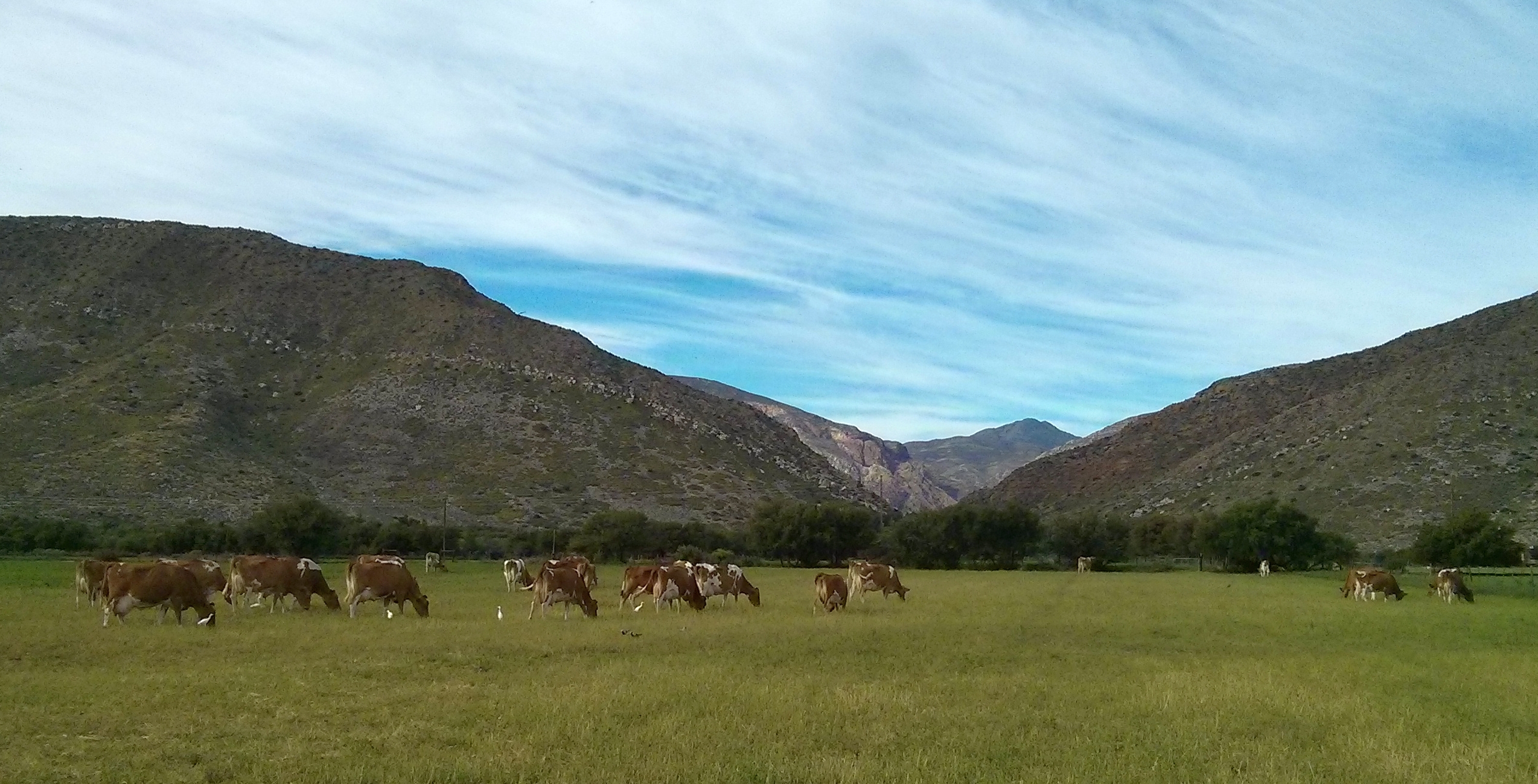 A recent post by Grass Consumer Action Group went semi-viral recently, An Open Letter to Ian Moir, CEO of Woolworths. I must say I love the work that Grass does and I think they raise some very valid points in the letter. I hope it has some impact and Woolworths decides to implement some of, if not all of, their recommendations. I believe we should be putting pressure on all retailers to be more responsible, whether they claim to be responsible or not.

Pressure Can Make A Difference

Corporations can be powerful mechanisms for change. Because they respond to consumer demand. To give you an example, when they invented a genetically modified potato, McDonalds said they would not buy french fries made from GM potatoes as they knew their consumers did not want them. So the GM potato was shelved and to this day there are no GM potatoes commercially available despite the powerful influence of the biotech companies.

Because supermarkets like Woolworths have such huge buying power, they can exert powerful influence on suppliers and this can be turned to good. I was invited to visit a land based fish farm in East London that Woolworths is working with to ensure a consistent supply of farmed cob, which is green listed as opposed to wild cob which is red listed (read more about the SASSI list). Woolworths has visited the supplier to ensure that the operation meets the standards it expects and negotiated supply contracts so that the supplier can confidently expand the business (I will write more on this in a separate post).

The only way we could get a company like Woolworths to really care about these issues is if we had some solidarity amongst consumers. If we found out that the milk at Woolies is not really from pastured cows as they say it is, and we all stopped buying it immediately. I can tell you for free that Woolworths would sort that milk situation out promptly. But there is no solidarity amongst consumers. How many people stop shopping at Woolworths when they hear about something they don’t like? Basically none, that’s how many. Because people don’t want to give up the convenience. Being a responsible consumer is not so easy. It means taking a stand, making sacrifices, making an effort.

I would love to know from Woolworths how much free-range vs non free-range meat they actually sell. How much organic vs non-organic produce they actually sell. When I stand at the counter to buy a roast chicken, everyone in front of me buys the normal chicken because they don’t want to pay the R5 extra for the free-range chicken. How many people actually care and how much do they care? Sharing an open letter to Woolworths on your Facebook page is not caring. Buying your food from an alternate source is caring. Start taking responsibility for your consumption. Stop expecting a publically traded company to do it for you. They will never.

Is Woolworths The Enemy?

But, having said all of that, I don’t think Woolworths is the real enemy. I think you are. Unless you are one of the 0.0000000001% of the population that actually makes the effort to source their perishables from local producers via alternate channels such as markets and veggie or meat delivery services, I’m sorry to inform you that you are the problem. I am the problem too, sadly, I have to admit. I also buy my perishables (everything actually) from Woolies or Pick ‘n Pay or some other supermarket that happens to be conveniently close by.

You see, Woolworths is a publicly traded company. Its sole purpose for existence is to make money. Woolworths does not exist to save the world, it exists to make money. It happens to make good business sense to sell the ‘Good Business Journey’ and ‘Farming For The Future’ and organic this and free-range that. Why does it make good business sense? Because we all want to outsource the responsibilities that come with responsible consumption. Note that had to use the word ‘responsible’ twice there, because being a responsible consumer comes with responsibilities, they cannot be separated.

We want the free-range meat and the organic veg and the pastured dairy and what not, but we don’t want to be inconvenienced. We want Woolworths to sort it out for us. We want to be able to live the way we live, and have someone clean up after us. In other words, we want to consume as much as we consume and not have to feel bad. It’s like the little tick box when you buy an air-ticket, pay R50 extra and they will plant a tree to offset your carbon. So you can carry on flying all around the world, destroying the planet, but it’s fine because they planted some trees.

Let’s take a brief trip back in time. In 1517, Martin Luther published The Ninety-Five Theses which later led to a protest against the Roman Catholic Church and a group broke away from the church, becoming known as Protestants. Now the main issue that Martin Luther had was the sale of ‘indulgences’ by the church. The way it worked was that people could pay the church in advance for forgiveness from sins they were planning to commit. Which obviously is not cool. These carbon offsets that we purchase to clear our conscience as we go about our consumption driven lives are just a modern form of these ‘indulgences’. They do not take away the damage done.

Consuming large amounts of meat every day is not good for the planet. And because we consume so much meat, millions of cows (and sheep and pigs and  chickens, etc) are treated inhumanely from birth to slaughter. But do we reduce our meat consumption? No, we just eat free-range meat instead, thereby clearing our conscience. But even if everyone ate only free-range meat it would not solve the problems. We have to understand that Woolworths wants to sell as much of everything as it can, that’s how it makes money. So if you buy 3 packs of lettuce and only eat one, throwing away the other 2, Woolworths is happy because they sold more lettuce. So we have buy 2 get 1 free specials. But this is irresponsible consumption. The goals of the responsible consumer will NEVER align with those of a publicly traded corporation.

Do you know how many people have tried to start a proper food market in Cape Town where you can go and buy your fresh vegetables? I don’t know how many, but it’s a lot. It fails every time because people would rather go to Woolies for their veg. They can’t be bothered to make the effort. And this is an example of why the problem is not really Woolworths, it’s us. I should have called this post ‘an open letter to us’.

Woolworths Does Some Good

I’m not the biggest fan of Woolworths. I was quite vocal about the Frankies incident and the hummingbird incident. But I believe that if we are going to call them out on the things they do wrong, we should also encourage them by acknowledging the things they do right. I don’t think anybody can deny that Woolworths is doing more than any other supermarket in terms of ethical sourcing and environmental friendliness. There are many examples, but I will share this with you, I received a press release from Woolies recently about their decision to reduce the number of products containing GM ingredients by 50% over the next year. Currently only 5.3% of the Woolies products contain ingredients from potential crop sources, so that should drop to less than 2.7% over the next 12 months.

If you have any idea how pervasive genetically modified ingredients are, you will know that this is a significant undertaking and I applaud the effort. If you’d like to read more about GMOs, continue reading below

So there you have my thoughts on the whole thing. I could go on but this post is already too long. I implore you to become responsible/ethical consumers. Don’t outsource that responsibility to your supermarket, because they will let you down. Support your local producers and the alternate channels available. And most importantly, consume less.

Interestingly at the end of the press release from Woolworths, there is an extra section entitled GMOs: What are the Issues? In this section they outline what the areas of controversy are, eg. labelling, government regulations, environment, etc. Then they outline arguments for and against GMOs.

They list 5 arguments against GMOs and 3 for GMOs. I want to just briefly comment on the arguments in favour of GMOs.

1. Faster growth and maturity of plants
Supporters of GMO argue that genetically modified plants and animals that grow and mature faster with greater disease resistance and bigger yields are a strong argument in favour of GMO cultivation.

2. No risks to people and environment
There is significant scientific consensus that food derived from GM crops poses no greater risk than conventional food. No reports of ill effects have been proven in the human population from ingesting GM food.

There is no scientific consensus on this as it has not be properly studied. When GM crops were first introduced, the FDA in the United States (once the head of the FDA was replaced with a dude from the biotech industry) announced that GM crops were ‘substantially equivalent’ to normal crops and therefore did not need special testing. In fact, many scientists are saying there is definitely risk in eating GM foods. No reports of ill effects have been proven because no studies have been done. We could all be dying from GM foods and not know about it because they won’t allow anyone to do any studies on it.

3. Environmental benefits
There are environmental benefits to GM crops. Some GMO plants, for example, can be “designed” with a built-in resistance to insect pests. These plants need fewer pesticides, making them a greener choice for farmers than non-GMO crops that require pesticides. Plants and animals can also be genetically improved to grow in poorer soils, colder temperatures, drier climates and other less-than-favourable conditions. These GMO crops could have more nutrients and could also need less-intensive industrial processing. Proponents argue these are important benefits in a world where more than 7 billion people now need to be fed.

To the first point, that is the theory, but the reality has turned out to be different with farmers now using more pesticide on their GM crops instead of less. Plants and animals could in theory be improved to grow in harsh conditions, etc. But after 20 years of promises, none have. The only commercially available GM crops are only pesticide resistant, nothing else. In fact, they need more water and more ideal conditions than normal crops. And lastly, yes they have promised crops that are higher in nutrients, but again, where are they? After 20 years still nothing…

You can read more about GM foods in my other posts: