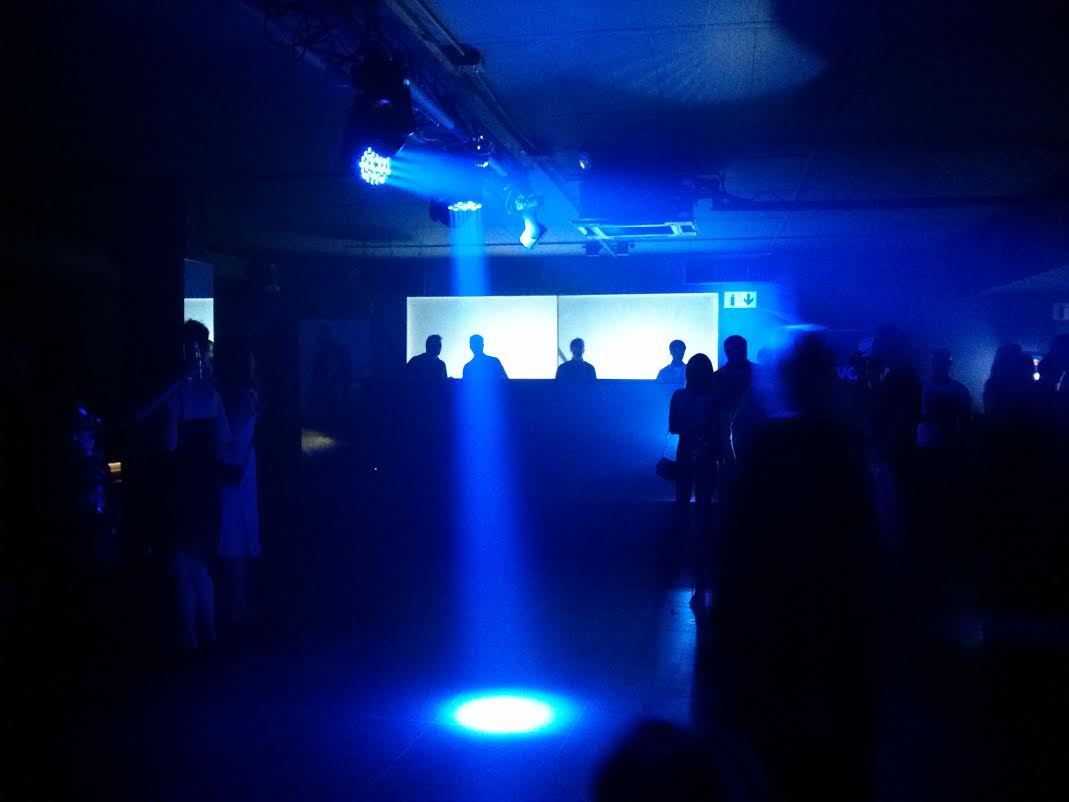 I used to club a lot. When I first moved to Cape Town I used to party at The Fez twice a week! If I remember correctly it was Tuesday nights and Friday nights. That was a great club. I bet if you asked anyone, who’s been around long enough, which is the most legendary club Cape Town has seen, The Fez is the answer you will get every time.

The next club which I frequented was Opium. For those that were not around during Fez days, they would probably name Opium as Cape Town’s most legendary club. I remember going there in the first week it opened, and it was just the one room. Then over the years it expanded and expanded until there were about 10 different sections and two or three different dance floors.

In this pic I’m the serious guy on the right 🙂

These days I don’t club a lot, maybe a few times a year. Mainly it’s because I am entertaining friends from out of town and when people are on holiday, they want to party. But I don’t enjoy it anymore. Definitely the main reason is because I’m older, but I think the clubbing scene in Cape Town is a bit stale. There is not much excitement, with most clubs following a very tired recipe. There are two things that make clubs uninteresting (in my humble opinion), the music and the layout. Every club seems to play the same things these days, hard, banging house. It’s so boring. Orphanage is about the only place where I hear some deeper, funky, house. As for layout, places like Opium kept people interested because there were different rooms and sections offering different vibes. These clubs that are just one big room struggle to keep people’s interest.

If you asked me to think of Cape Town clubs right now, these are the first that come to mind:

There are plenty of others, but all told, nothing terribly exciting. There have been some new developments though. I heard about a new spot that has opened on Loop Street called Era. The website shows a strong focus on music which is good.

The next bit of excitement is the opening of St Yves in town (cnr of Strand & Rose). I went to the opening event and while the place has some stylish elements and cool lighting features, it’s another 1 room club. The central dance floor with the DJ at one end and the bar along one side, the other 2 sides taken up by the lounge areas. We arrived at 7:30pm and straight into hard house music. Anybody heard of warming up? As for the firecrackers spraying sparks everywhere when they carry a bottle to a table, it’s so kitch. I think I first saw it at The Reserve. Very hip-hop, and I’d like to think we’re a bit more sophisticated these days. So all in all, nothing novel from St Yves, we’ll see if it manages to carve out a share of the Cape Town party crowd for itself.

The last bit of excitement comes from the Shimmy Beach Club. I attended their Summer preview where they revealed their plans for this Summer season. I don’t think there is any doubt that Shimmy is the super-club of Cape Town currently and they have huge plans for the Summer. Every Friday, Saturday and Sunday night they are going large. Fridays will be Shimmy Anthems, the Shimmy Pool Party on Saturdays starts from 3pm and fresh back from Ibiza, Goldfish are performing for Submerged Sundays.

Those Saturday pool parties are my kind of vibe. Some funky tunes (hopefully), a few cocktails and a load of afternoon sunshine.. sounds glorious. There are a bunch of other changes and upgrades at Shimmy, like the permanent covered stage outside, the new menu created by the new chef, and much more. With 10 separate areas to Shimmy Beach Club, this is definitely the most interesting offering on the party scene in Cape Town this summer.

Unless there is something I have missed? Tell me in the comments below…