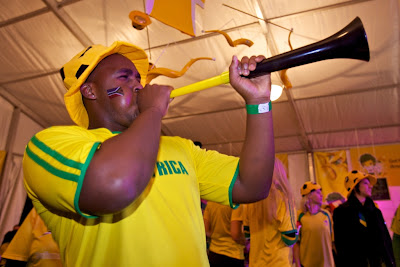 The MTN fan zone, next to the Paulaner Brauhaus in the Clocktower has probably been the most popular. It is much smaller than the Hyundai Spectator zone, accommodating 500 people with enough tables and benches for everyone. The TV is huge and there is a bar and a selection of food available for purchase. It is also R20 to get in and this was a good option for smaller games, as it didn’t need many people to have an atmosphere. For bigger games it was full long before the game started.

For fans that arrived too late to get a seat, the Paulaner next door and the new Dubliner opposite were more than happy to accommodate them. In fact, for some of the bigger games, there was no space at the Paulaner or the Dubliner either!

If you were wondering where the yellow soccer ball hats came from, they come from the MTN fan zone. Each person gets a hat for free when they walk in. Not the greatest looking head gear but all part of the gees I suppose. Talking about the gees, the MTN fan zone also has a DJ as well as bands the keep the vibe going.

Below are some more pics taken at the Hyundai spectator zone, and don’t forget about the Waterfront 2010 website which contains tons of useful information: 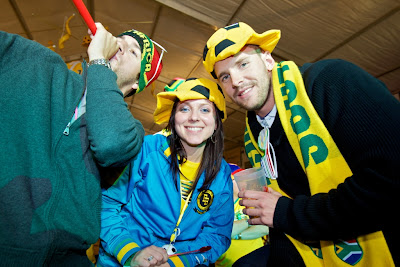 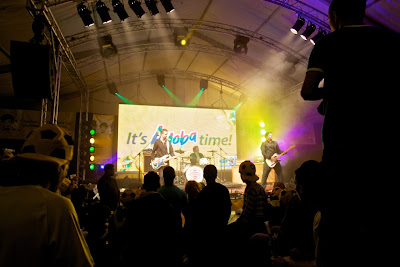