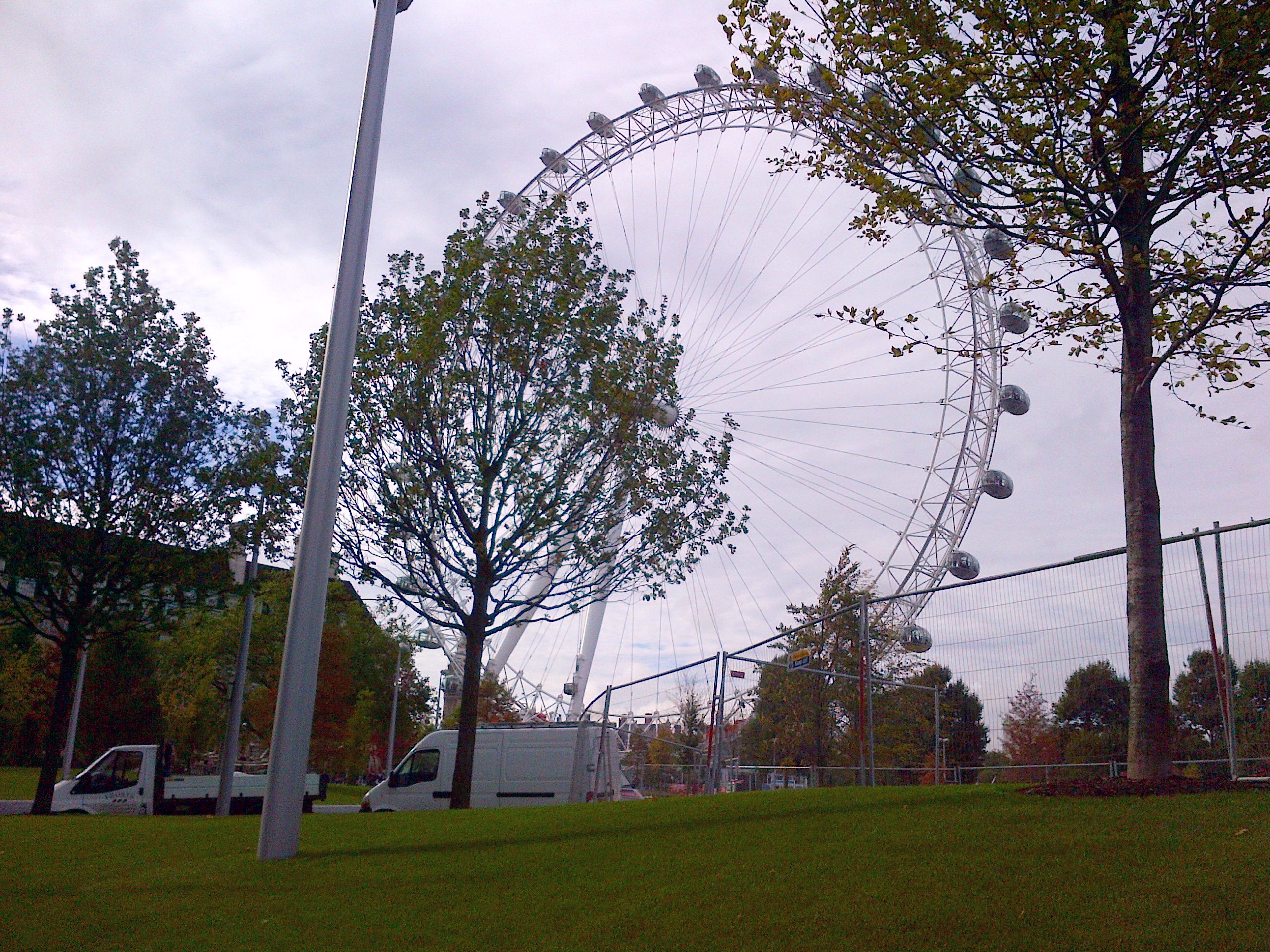 On Tuesday the 16th of October, Virgin Atlantic activated their direct flight from Cape Town to London which they offer during the summer months. I was asked if I would fly to London for a week and report on the experience and I agreed to do it. While in London, I would use the Virgin Atlantic City Guide to London (an Apple app) to help me decide what to do, what to see and where to eat. I would also visit the Virgin Atlantic offices near Gatwick airport and attend a Flying Without Fear course.

I flew to London via Joburg and did the direct flight on my return so I could compare them. I must say that it’s a no brainer. The flight between Cape Town and London is about 12 hours. If you go via Johannesburg the flight is about 11 hours but you have to add the 3 hours for the domestic flight to Johannesburg first (by the way, I just checked flight prices on the Virgin Atlantic website and you can get a return ticket to London for under R8000 at the moment).

I was hoping to be upgraded but unfortunately the flights were fully booked so I flew Economy class both ways. But I was given access to the lounges on both ends. I’ve used airport lounges before, but the Virgin lounges at Heathrow were something else. When I arrived at Heathrow I used the Virgin Revival Lounge to have a shower and some breakfast. They provide everything you need, even ironing the clothes you are going to wear! It meant I could start my day in London fresh and only checked into my hotel that evening. When I flew back to Cape Town, I checked in a few hours earlier so I could spend some time in the famous Virgin Clubhouse. This is probably the best airport lounge in the world. It is massive, with several bars, several lounges, a restaurant, a deli, a spa and work stations if you need to get some work done. I wonder if there is a limit to how early you can check in for your flight because I could happily spend the whole day there!

While in London I attended Virgin’s Flying Without Fear Course. I was expecting to see about 30 people there so I was very surprised to see over 100! I don’t have a fear of flying but Virgin asked me to go and check it out. I was surprised again at how much I learned. Even without a fear of flying I found the course beneficial. I spoke to one lady who hadn’t flown for 40 years due to her fear, and another gentleman I spoke to hadn’t flown for 23 years. By the end of the day, everyone on the course (except for one person who pulled out) had flown, because they take you on an actual flight in the afternoon.

The morning is spent teaching you how the aeroplane works, what the noises are you would hear and what the pilots are doing at each stage of the flight. They also teach various techniques and tricks for remaining calm. One really good trick I learned is to watch a glass or bottle of liquid during turbulence to realise that the plane is actually moving only slightly. It feels like you’re moving a lot but the water shows you that it’s not as bad as it feels.

The following day I visited the Virgin Base near Gatwick airport. This is the Virgin Atlantic head office and where they train their cabin crews. There are models of the various aircraft cabins where the crews are trained. I may not have had the opportunity to fly Upper Class but I did get to test it out in model. I relaxed on the beds and hung out at the bar (which is where some scenes for a recent James Bond movie were shot). 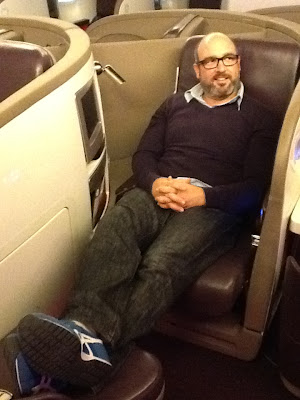 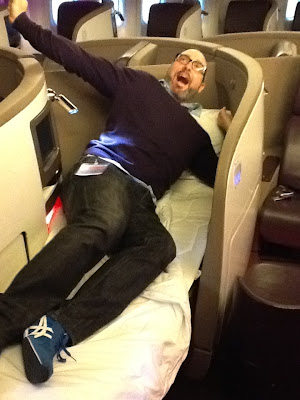 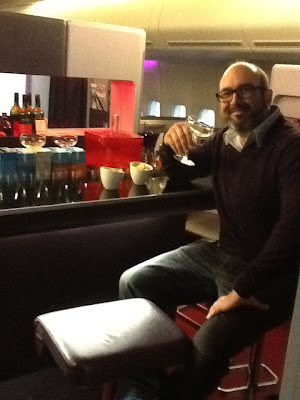 I watched some of the crews being trained. They have to attend refresher training once a year, so the training centre is always busy. The highlight of my visit was sliding down the emergency slide. You fly down there at pace, which might explain why a bunch of people were injured when they had to evacuate an aircraft in Spain recently. 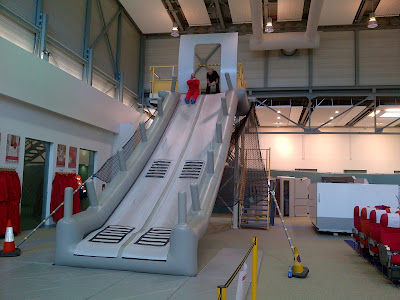 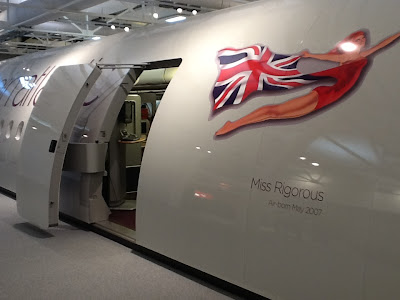 I enjoyed my visit the The Base. There is a great vibe there and people seem to be genuinely happy to be working for Virgin Atlantic. Maybe that explains why they have won several awards for their service.

I had an awesome time in London, did some fab things and ate at some fantastic restaurants, all thanks to Virgin Atlantic. Here’s the link to my next post on London.