I love my beautiful city and few things enrage me more than seeing someone littering in it. These are the sorts of scenarios I see way too often:

Scenario 1: You pull up at a traffic light and the person in the car in front decides that waiting for the light to change is a good time to clean out the car so out their window flies KFC boxes, empty packets of crisps and plastic coke bottles. Then they wind up the window and drive off. 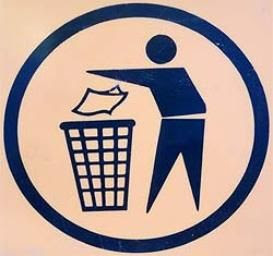 Scenario 2: A person is walking along the street, eating a packet of crisps or something else and when they are finish they just drop the packet/wrapper on the pavement and carry on walking. What makes this even more enfuriating is that there is generally a rubbish bin within a few metres, but they can’t be bothered to carry their trash those extra meters.

Scenario 3: Smokers in cars just tossing out their cigarette butts as they are driving. This is particularly annoying considering the danger of fires in Cape Town. Several big fires have been attributed to people tossing stompies. If you’re a smoker, take responsibility for your waste. Throw your stompies in a bin.

I remember when I was a kid, we had the ‘Zap it in a Zibi’ campaign (hear the original radio ad here) which really raised awareness about littering. We need another campaign because there is obviously still a severe lack of awareness. To me, littering is a demonstration of disrespect toward others. We all have to share this city (and this planet), what gives one person the right to spoil it for everyone else?

A friend told me a story about how she got out of her car and confronted someone who had tossed their stompie out their car. Obviously the person pulled a zap and sped off, but I applaud the proactive efforts of my friend. More of us should be like that. When I see someone tossing something out of their car, I just want to pour a whole bag of rubbish in their lap so they get the hint.

I know that it is illegal to throw out cigarette butts, and there is a number you can call to report them. Unfortunately you have to be prepared to go to court to report them which is such a mission, nobody will be prepared to make a report. I don’t know what the solution is but I think it is a shame the death penalty has been abolished.