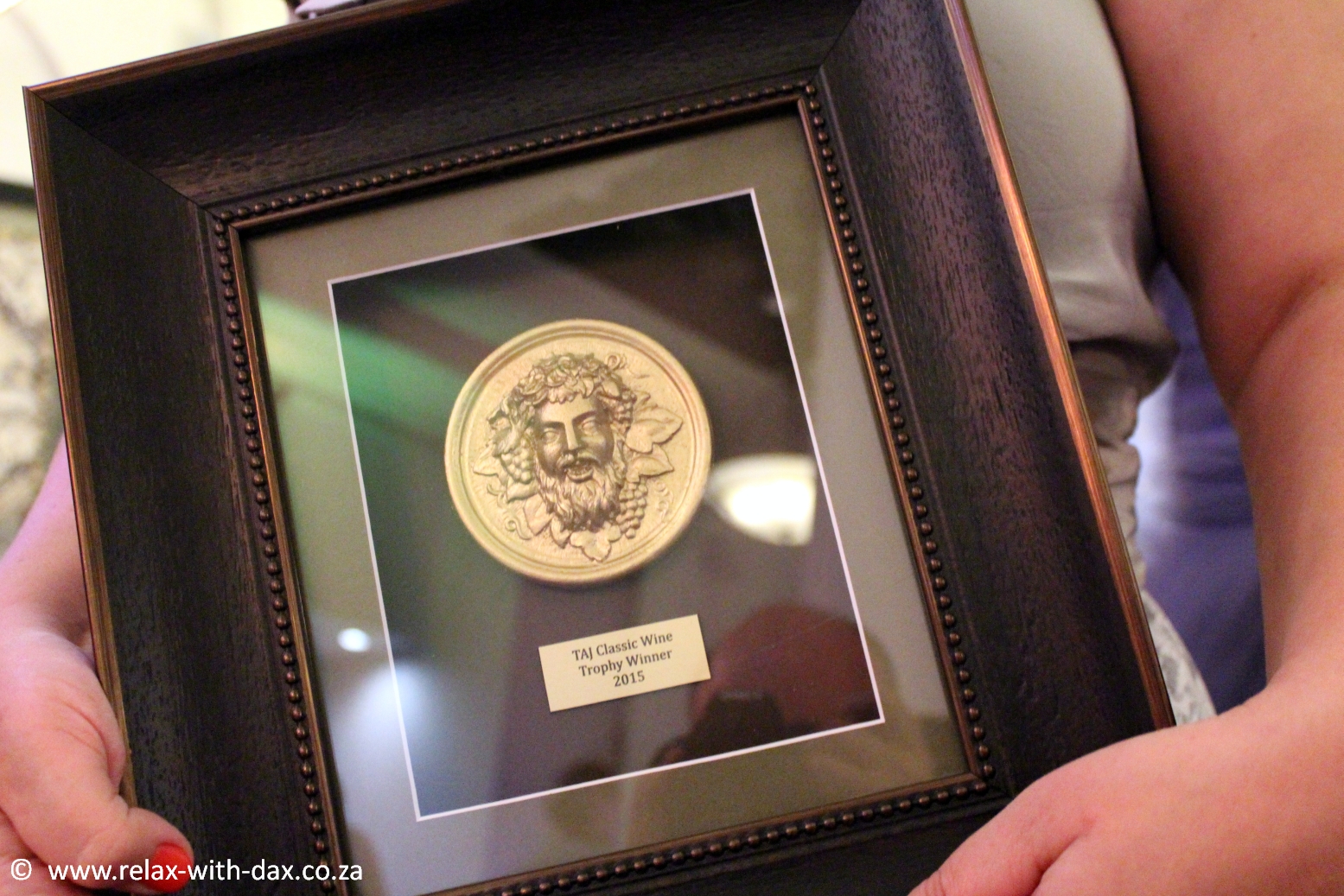 This is the 4th time I have attended the Classic Wine Trophy Awards (click can read my comments on 2011, 2012 & 2013) and each year I enjoy the event more. The purpose of the competition is to see what French wine judges think of South African wines. The competition not only gives local producers valuable feedback regarding their standing on the international stage, but it gives SA wines great exposure overseas through these very influential wine personalities that come here to taste, judge and enjoy our wines.

This year the awards ceremony was held in the The Reserve, which is now the function venue of the Taj Hotel. It’s a beautiful venue, perfect for this event. The food was amazing and the wines were fantastic. It was well attended and it’s apparent that the competition is growing from strength to strength.

Below some pictures to show of the evening. I’ve separated them into collages themed around arrival, food, wine, presenters & people. Below the pictures are the winning wines, selected by the 12 judges through a blind tasting process.

All the individual images are available here.

The winners of the 2015 Classic Wine Trophy Awards are:

The award for Most Iconic Entry went to Groot Constantia.

At the end of it all, somebody had to pay the bill… LOL!