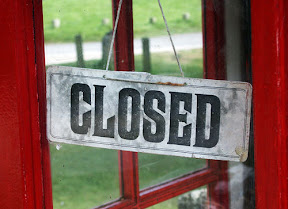 Restaurants come and go in Cape Town, as one closes another pops up somewhere. But as winter arrives each year, there is a flurry of closures as many places were just holding on for the summer. Below is a list of recent and impending closures and the reasons I have heard for the closures. I may be misinformed, so please don’t take what I say as the absolute truth.

Blonde was the third restaurant of the Caviar group, the fine dining sister of Beluga and Sevruga. It closed recently as it was not profitable enough to justify the time and effort it required.

Cheyne’s, a private dining restaurant in Bree street also closed recently due to a lack of support.

Jardine, further up Bree Street also closed recently. As one of SA’s top ten restaurants it will be missed. But the bakery below has expanded and become Jason’s.

It’s not only fine dining that is struggling. I noticed that Adega in Glengariff Road, Seapoint has been closed for a while. It came and went without much fanfare.

The Wooden Shoe, a steakhouse in Seapoint which has been there for a very, very long time closed a few weeks ago due to the passing away of the owner.

Kink in Park Road was a club, bar and restaurant which was quite popular for a while. It also closed a few weeks ago.

There are many closing at the end of April. One of them is Sand Bar which has apparently had a rent increase significant enough that the business is no longer viable.

Wild Woods in Hout Bay is closing at the end of April, also due to lacklustre support I believe.

The Green Dolphin which has been in the Waterfront since the early days and is the only venue in Cape Town offering live jazz seven nights a week, is closing at the end of April. I think we will see more restaurants in the Waterfront closing as their leases come up for renewal now.

Tequila Town in Buitengracht Street was a pop up bar for the World Cup that decided to stick around but is now closing as their lease has come to an end (or so I hear).

91 is a club in Claremont, also closing at the end of April.

And to many people’s disappointment, the Boer and Brit at the Alphen hotel is also closing soon. I heard that the whole hotel is actually closing and will be turned into offices.

There may be more closures which I don’t know about or have omitted, feel free to mention them in the comments below.