When I first came to Cape Town, I thought that attending the J&B Metropolitan was a posh thing to do. But after attending it for several years and never seeing an actual horse race, I stopped taking it so seriously. I thought the Queen’s Plate would be a more sophisticated day, while people dress more smartly, it also just turns into a big party. So I started to realise that these ‘posh’ events are just excuses to have a party. 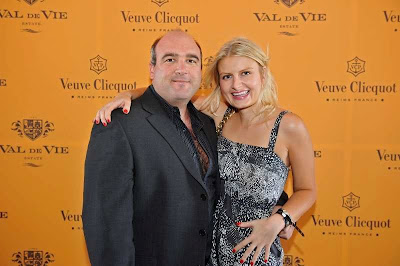 So when I was invited to the Veuve Cliquot Masters Polo at Val de Vie, I had a feeling it was going to be a party, and I was right. There were two sections and the ticket prices were very different. I was invited to the VIP section (R950) which included bottomless Veuve Clicquot! I heard a rumour that they went through about 300 bottles of Veuve! It also included a buffet lunch (pretty average really). The other section (R350) had the same food at their buffet and received a complimentary bottle of wine but otherwise it was a cash bar.

I’m not sure how many people were there, but it seemed to be quite well attended, especially considering it was the first time the event was being held. There were activities all day to keep everyone entertained. Lunch was served from 12:30pm, and the first polo match started at 1pm. D7 entertained us at the same time as the boules competition. I was roped into the ‘bloggers’ team and we fared quite badly, losing in the very first round. I don’t think it was my fault. 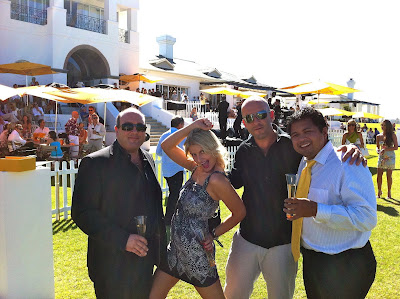 At 3pm the main match started and I really enjoyed the commentator because he explained the game as it went along. It’s really nice to understand why the players make the decisions they make. Well, I guess the people who know polo well might have been irritated but for a novice like me it was nice.

Then Lindiwe Suttle performed before the prize giving ceremony. The festivities continued on until late but we left before things got messy.

Considering it’s the first time this event has happened, I was pretty impressed. I’m sure that next year it will run even smoother and be even better supported. So keep an eye out for it.