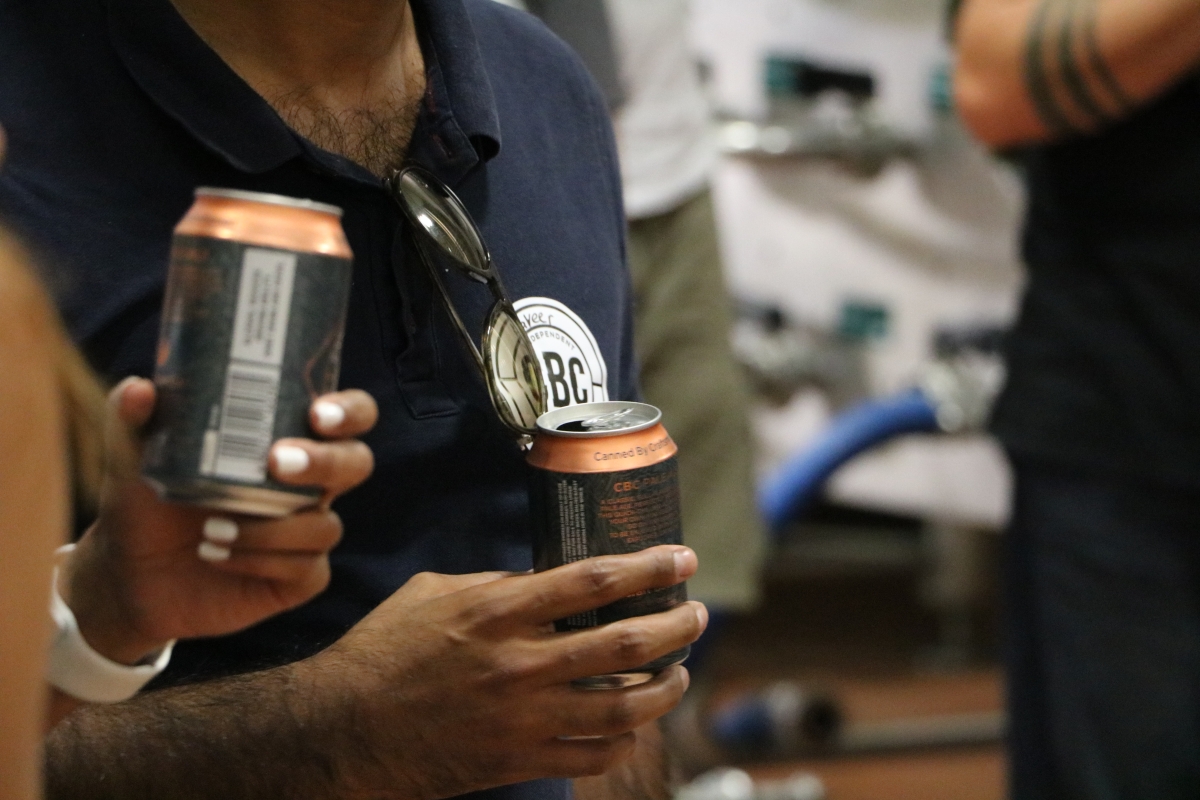 It seems that every second thing is ‘craft’ or ‘artisan’ these days. But what does craft mean? And what makes craft products better than other products? Are craft products actually better? This article is about beer, but the questions are relevant more broadly.

I was invited to Cape Brewing Company at Spice Route for the launch of their new product, a pale ale in a can. There are not many craft beers in a can in South Africa so it’s quite a big deal. The pale ale is delicious and with a very approachable flavour profile, which is a trademark of CBC beers. Master brewer, Wolfgang Koedel has a knack for creating beers which are true to style yet restrained and refined enough that even beer novices can enjoy them in quantity.

We were given a tour of the brewery by Wolfgang. It’s an impressive brewery, substantial in size and sporting top of the range brewing equipment. Those who had not seen the brewery before were visibly impressed, and it elicited the question, “can you still call a brewery this big a craft brewery?”. The obvious answer is yes, but why? What makes it craft?

Size must have something to do with it. You can’t ‘hand craft’ something if you can’t have a hand in the making of it. Wolfgang revealed to us, in his undiluted German accent:

I sniff every tank in the morning and the evening each day to check the fermentation, I know what is going on with all my beer all the time.

Size is relative. The Cape Brewing Company seems large by comparison to a ‘home brewer’ that brews beer in plastic drums in their garage. But compared to the brewing giants we know so well, it’s tiny.

I quite like my craft beer to come from a brewery that has some scale. When I’m paying between R40 and R60 for a pint of craft beer at bar or restaurant, I like to know that it’s going to be consistently high quality. I want to know that the brewery has the resources to access high quality ingredients, that the keg will be fresh, that the beer is produced in a hygienic environment, etc. A decent size brewery will also have proper distribution so I can go to most bars and find decent craft beer that I enjoy drinking.

I had lunch with Wolfgang recently and we had a long chat about the beer industry in general. It’s encouraging to hear how much time Wolfgang puts into helping other brewers and breweries. As much as I enjoy the variety and innovation that comes out of our craft beer sector, many of our aspiring brewers have little or no training and / or experience in making beer. It’s great to have a 4th generation brewmaster like Wolfgang providing guidance where needed.

Cans are an excellent way to store and transport any beverage, including beer. They are light, chill quickly and don’t break. So they are cheaper to transport financially and environmentally. Additionally cans are easily recycled and in South Africa a high percentage of them are recycled. Unfortunately a canning machine costs many millions of Rand, placing it out of reach even for a big brewery like CBC. Faced with this predicament, CBC turned to their Swedish partner, Åbro, which has one of the most advanced can-fillers in Europe, and the latest generation of aluminium can incorporates technological advances that provide a perfect seal for the beer while guaranteeing its taste and flavour. “We like to think of it as a mini keg, and when you taste, we know you’ll feel the same way.”, enthused Wolfgang.

To celebrate the arrival of the new can with the new pale ale inside, CBC has launched an app. It’s a little fun to show how easy the can is to travel with as its light and doesn’t break. Download the app at the CBC website, buy yourself a few cans of CBC pale ale and join the fun!

A big thank you to CBC for not only sponsoring this post but for making awesome beer!