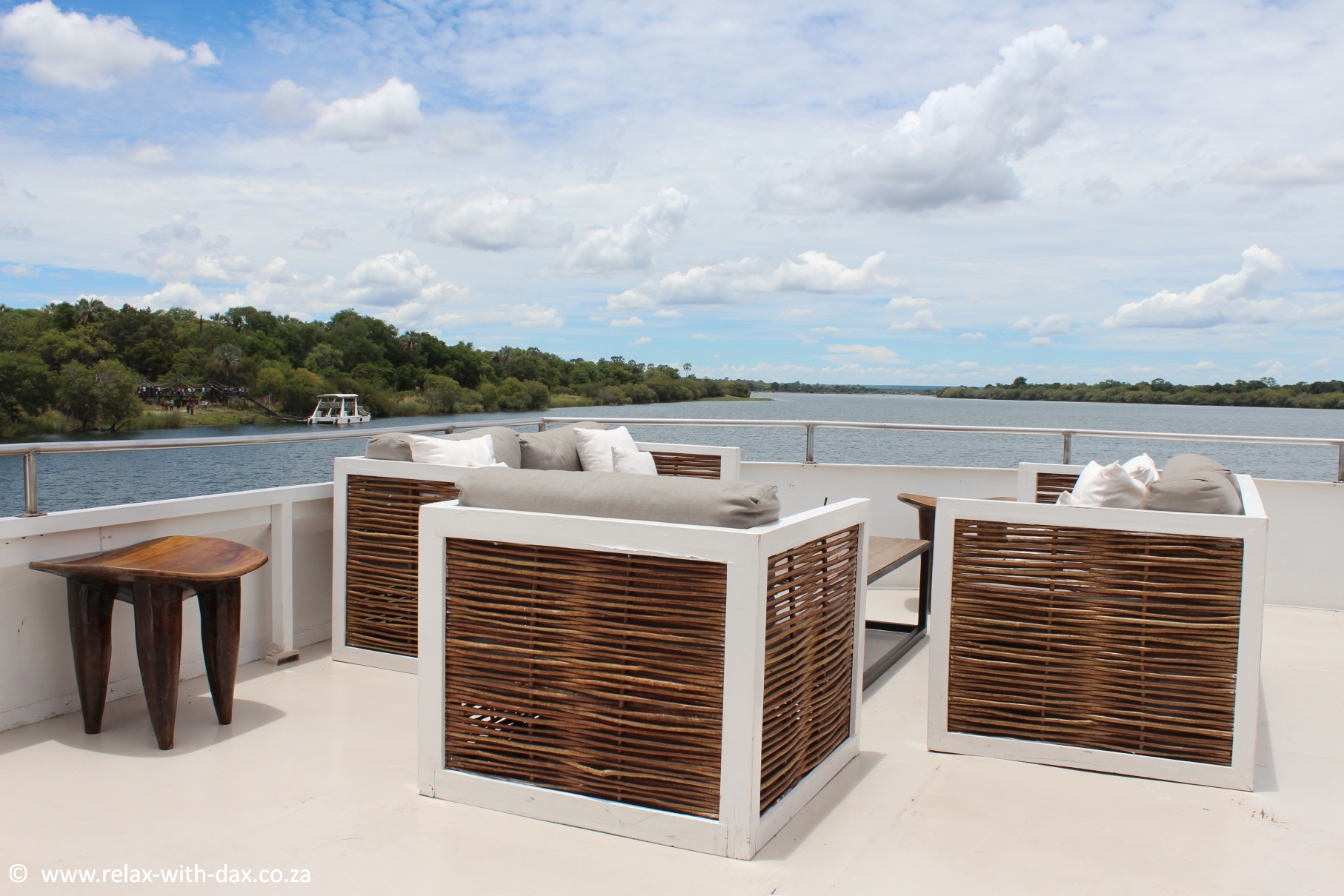 On the 14th of December, 1994, the Victoria Falls Safari Lodge welcomed its first paying guests. That was 20 years ago and the company has grown from strength to strength. I was invited along with 2 other bloggers from the African Bloggers Network to participate in the 20th year celebrations and share the experience with my readers, along with the amazing success story that is the Victoria Falls Safari Lodge and its sister venues that make up the Africa Albida Tourism group.

The celebration weekend consisted of 3 main events, and a number of smaller more private events. Each event showcased aspects of the offering of the lodge and the surrounding area. It was a brilliant way to share the story with us without making it a Powerpoint presentation. I was impressed from beginning to end, not only with the offering but with the actual events. They were very well thought out and managed to convey the information while still being tremendous fun.

Dinner at The Boma

The Boma started out as a 60 seater outdoor restaurant when Lokuthula Lodge was built, to comply with RCI requirements. In those days the waiters were also the entertainers and the weather caused havoc a lot of the time. But that was then, now The Boma is a 300 seater dining and entertainment extravaganza. Nearly all of the seating area is covered now, with only the central section  of the roof open to the whims of local precipitation. In addition there is a bar outside and substantial grounds, which is where we enjoyed a welcome cocktail and were introduced to some of the other guests.

The guest list included various tour operators with which Africa Albida Tourism (AAT) have a good relationship and many locals and ex-locals who have been involved in or supportive of the lodge over the years, including local officials and the Zimbabwean Minister of Tourism. But most importantly, the guest list included 24 staff who have been working at Victoria Falls Safari Lodge since it opened, 20 years or more. Seeing not only the loyalty of the staff, but the recognition thereof, speaks volumes for the way this business is run.

The Boma is described as Place Of Eating for good reason. There was a cornucopia of delicious food, with a focus on local dishes, all served buffet style. Various unusual meats were on offer, from ox, to crocodile. I tried a few interesting things I had not tasted before but I was not going to try the mopane worms. I’ve had them before and I’m not a fan. As the evening progressed, the entertainment began. Dancing and drumming, at first to entertain the crowd but soon we were involved. Each of us was given a drum and given a crash course in drumming. It’s not as easy as it looks! The braver of us (or perhaps those who had not eaten too much like I did) got involved in the dancing.

It’s quite difficult to describe the Boma experience. It’s so much more than one imagines it might be. This might explain why it’s also popular with the locals and they recommend that you book if you are planning on going! Please look at my gallery of images, which will give a fuller impression of the experience.

At breakfast on the Saturday morning we didn’t have much time to tease each other about our dance moves the night before, because we were quickly divided into teams and issued with instructions for the Amazing Rally. There were 6 teams and 6 stops, with an activity to complete at each stop. We were given a van with a driver and a book of puzzles, questions and clues. Next thing we knew we were off to our first stop.

Some of the stops were just for fun, but most of them were a clever way of introducing us to the area and different aspects of the lodge. For instance, one stop involved following a scout for the Victoria Falls Anti-Poaching Unit (VFAPU) through a section of the reserve while he showed us how they hunt for snare traps and try and catch poachers. Victoria Falls Safari Lodge is one of the funders of VFAPU which has 12 full-time scouts patrolling the area.

One of our tasks was to learn a local dance. It took us a while to remember all the moves but eventually the team was dancing in unison. Then we were sent into Victoria Falls town to buy some ice creams from a vendor so that we could use the sticks to complete a puzzle. What we didn’t realise was that it was a setup and the next thing we were a dancing flash mob in the middle of the town, showing of our recently acquired dance moves! That’s my first official flash mob experience. Check out the video below.

Other tasks included trying to solve a crime from the clues scattered around a mock crime scene, replicating some art done by local artists, preparing and plating some food at the kitchen of the Boma. It was a fun and interesting activity, we learnt a lot and had great fun doing it. It was also a great way for people to get to know each other.

Once we were done, all the teams met at Wild Horizons Elephant Wallow for lunch. But before lunch we were treated to an elephant interaction. It was amazing to be so close to these majestic beasts. We were given treats to feed them and we could touch them and take pictures. I’m not normally a fan of ‘taming’ wild animals, especially elephants, as they are often badly mistreated. But Wild Horizons assured us they only use positive reinforcement to train the elephants. We did not ride them but you can opt to do that.

The Zambezi river is beautiful. Admittedly we only cruised a small section of it, so I don’t know if it’s beautiful everywhere. It is after all, the 4th largest river in Africa! But the section we were on was just spectacular. The Zambezi Explorer is a modern and elegant vessel, very luxurious. It has 3 levels, with the restaurant on the bottom and middle levels and a bar / lounge on the top level. Being open sided, the views are unimpeded. The water stretches out in front of and behind the boat, while the river banks on both sides are just close enough to provide visual interest without imposing on the expanse of water.

The food served was of a high standard and as had been consistently the case my entire visit, the staff were very friendly and articulate. In fact I was amazed at how well everyone spoke English, better than here in South Africa a lot of the time! The cruise was a very special experience, watching the view with the cool breeze coming off the water (it does get quite hot there), with a refreshing drink in hand. This is definitely something you must do if you visit Vic Falls.

View the photos from this amazing cruise here.

If you had to ask me which of these 3 activities I enjoyed the most, I could not tell you. Each had its own appeal. The Boma dinner was fun and energetic, and culinary experience not quickly forgotten. The amazing rally was informative and clever, and fun! A great ice breaker for an event with so many people from different walks of life. The elephant experience was very special, a rare treat. And lastly the Zambezi cruise, which was just spectacular in a serene, relaxed way. For those visiting Vic Falls, obviously you won’t be doing an Amazing Rally, but all of these activities must definitely be on your list of thing to do.