I think Ultimate Braai Master is definitely some of the best television produced in South Africa. I only got to watch about 7 of the 12 episodes in the first series, because the chances of me being at home at 8pm every Thursday are minimal. But you only needed to see one episode to recognise that it was top drawer entertainment.

As a disclaimer, I must tell you that I was involved with the show in a small way. I was asked to assist with the judging of the Cape Town regionals. There were a number of judges, broken into teams of about 3. Each team had to judge about 10 to 15 entrants. The entrants had the entire morning to get their braaing done to be ready for us at a specific time around the middle of the day. 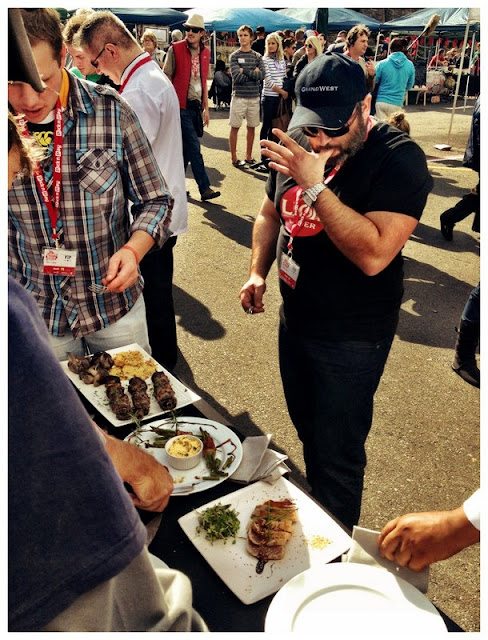 We judged each entrant on not only the quality, variety and technical skill level of the food they produced, but also on their teamwork, preparation, cleanliness and appearance/vibe of their stand. Some of the entrants really stood out, but many thought that a well prepared steak would get them through to the next round. Now that the first season has aired, I reckon the quality of the entries for the regionals will be much higher for the 2nd series. 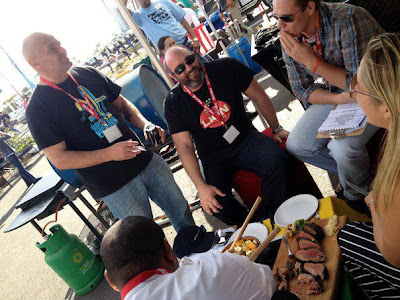 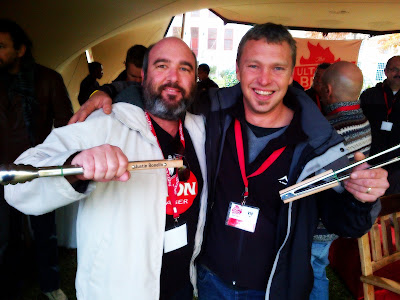 It was great fun tasting the food and chatting to the entrants. There was a wide variety of people who entered, from all walks of life. This reflected in the final selection of contestants too, a great cross section of South African society and a testament to the braai as a unify element in this beautiful country of ours. All of the contestants mentioned how they bonded with the other contestants. The final three teams even decided to share some of the cash prize regardless of who won, which I thought showed an awesome spirit and made me feel a little emotional. 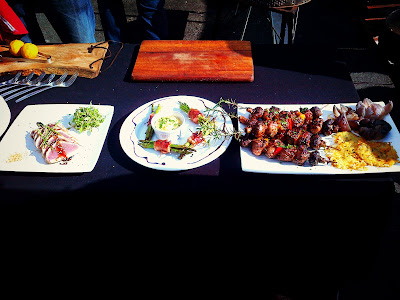 Once the actual competition started, it was clear that if you didn’t have some serious cooking knowledge and experience you would very quickly be eliminated. I was impressed with the level of the food produced, at short notice and under time constraints, and sometimes under far less than ideal circumstances. Cooking on a stove in a kitchen is one thing, but preparing dishes in a makeshift prep area and on open fire where you have less control over heat, is a special skill. These food produced by all the teams was consistently impressive in creativity and execution.

The show itself exceeded my expectations. The locations selected were varied, interesting and sometimes breathtaking, from fishing boats to 5 star hotels. I think it was a great additional element of the programme, showing viewers parts of their country they may not have visited before. The challenges were also varied and interesting. I liked that there was a strong focus on the actual food. Some food shows focus more on the people and the ‘drama’ but I liked the balance in Ultimate Braai Master.

The judges, chefs Bertus Basson (Overture) and Marthinus Ferreira (DWeleven-13) did a great job. They engaged with the contestants, sometimes causing some of the ‘drama’ and gave good constructive criticism on the dishes they were served. The judges feedback is one of the most informative aspects of a food show and I am glad they gave it the focus it deserved.

Justin Bonello’s previous TV shows have given him the experience and reputation to add credibility as the show’s host. He did a great job, allowing the judges to do their thing without too much interference. There was obviously a large team of people behind the scenes, responsible for the great camera work and what must have been massive logistics. They all deserve some praise.

I’ve been asked to take part in a feedback session. But to be honest, I can’t think of anything I would do differently. I loved the show and I’m looking forward to season 2!

Find more info and see clips from season 1 at the website: http://ultimatebraaimaster.co.za/