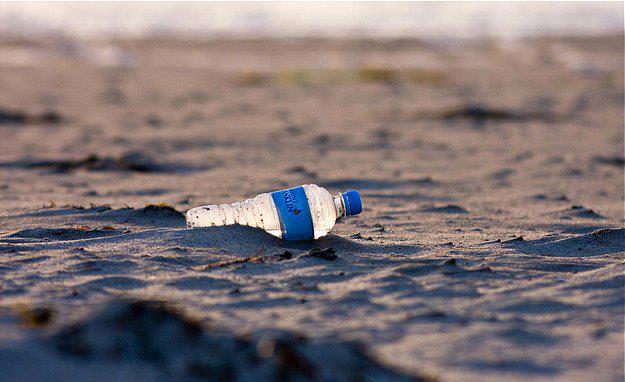 I think we are all aware that in the last decade or so, bottled water has become quite popular in South Africa. The reasons people give are:

The other reason which few people would admit to is that it makes you look cooler and wealthier if you spurn tap water. If you want to look cool at the cost of the environment, then I guess you’re that special kind of person and nothing anybody says will change that.

In some countries the tap water tastes terrible. We used to holiday a lot in Spain as my grandparents lived there and the although the tap water was potable, it tasted so terrible we drank bottled water rather. In (most of) South Africa, especially Cape Town, the tap water tastes great. Some people like to filter it through a filter jug first which can make it taste even better.

If you drink bottled water because you think it’s healthier, then read on. In 1997, the United Nations Food and Agriculture Organization concluded that bottled water does not have greater nutritional value than tap water. That’s assuming the water is actually from a natural source because another study found that approximately 40% of bottled water is tap water, some of which has been treated futher (Bonaqua anyone?). There is no way of knowing where the water comes from and what has been done to it because bottled water in SA is not regulated. This is an important point because tap water has to be tested regularly (I think twice a day) for any sort of contamination, but there have been several incidents around the world where people have become ill or even died from drinking contaminated bottled water as it is not regulated.

In addition, if the water is in plastic bottles for a long time, it can absorb harmful things with funny names from the plastic and they can give you cancer and other problems. How long do you think water (especially imported) sits around on trucks and in warehouses and on the supermarket shelf?

As for convenience, we really need to make changes in our lives and start taking responsibility for our environmental footprint. Sure, recycling is inconvenient, but we need to do it. Not fishing for crayfish even though we have a permit because it is red-listed may be inconvenient, but we have to make the sacrifice. How difficult is it to get a reusable bottle and fill it with filtered water to take with us for the day or take to the beach or on that hike? It’s really not that much effort. Deal with it.

Why must we do this? Look at the environmental impact of consuming bottled water. MILLIONS of tons of plastic pollution which takes up to 1,000 years to biodegrade. Large scale consumption of fossil fuels to make the plastic bottles, large scale consumption of fossil fuels to transport them (a large percentage of water is drunk outside the country it was bottled in) and large scale depletion of water reserves which serve a purpose in sensitive ecology webs.

I think the best option is to get a good quality water filter and drink filtered tap water.

Think about it then join our Facebook page Say No To Bottled Water.

Follow these links of you want to learn more:

Editor’s Note: This post was originally published in April 2006 and has been updated with more current info.