I attended many events in 2011, but this Puma event was one of the few that impressed me. The party was part of a bigger marketing campaign and brought together various elements into this function.

The primary element of the marketing campaign was the Puma entry in the Volvo Ocean race. The first leg of the race was from Alicante in Spain to Cape Town and Puma had arranged all sorts of events and activities around their boat, Mar Mostro. 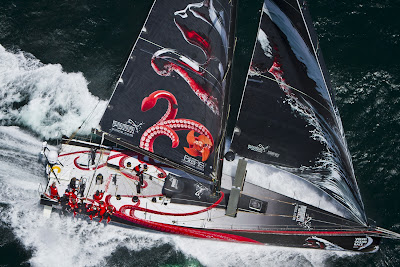 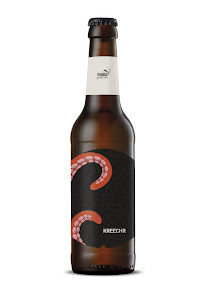 It was through the beer that I learnt about Mar Mostro and the Volvo Ocean Race, which is apparently the most hardcore ocean race ever. The party at Quay 4 in the Waterfront was to celebrate the performance of Mar Mostro in the first leg of the race. Unfortunately the Puma boat actually dismasted but managed to stay in the race and arrived in Cape Town with enough time for repairs before the next leg.

The party started at 4pm which meant plenty of sunshine, and it was a perfect day. There were top DJ’s (eg. Craig de Sousa) laying down some funky beats before the bands started playing at about 8pm. Included in the lineup were legend bands like Them Tornados, Jack Parow and The Wedding DJs.

With a lineup like that it was no surprise that the event was well attended. There was an extra bar outside to ensure it was easy to get a drink (why do so many events struggle with this simple concept?), and there was plenty of Kreechr beer available at the bars.

As you would expect from a Puma Social Club event, there were social games like table tennis, foosball for additional entertainment.

You can read more about the Volvo Ocean Race and the adventures of Mar Mostro here.