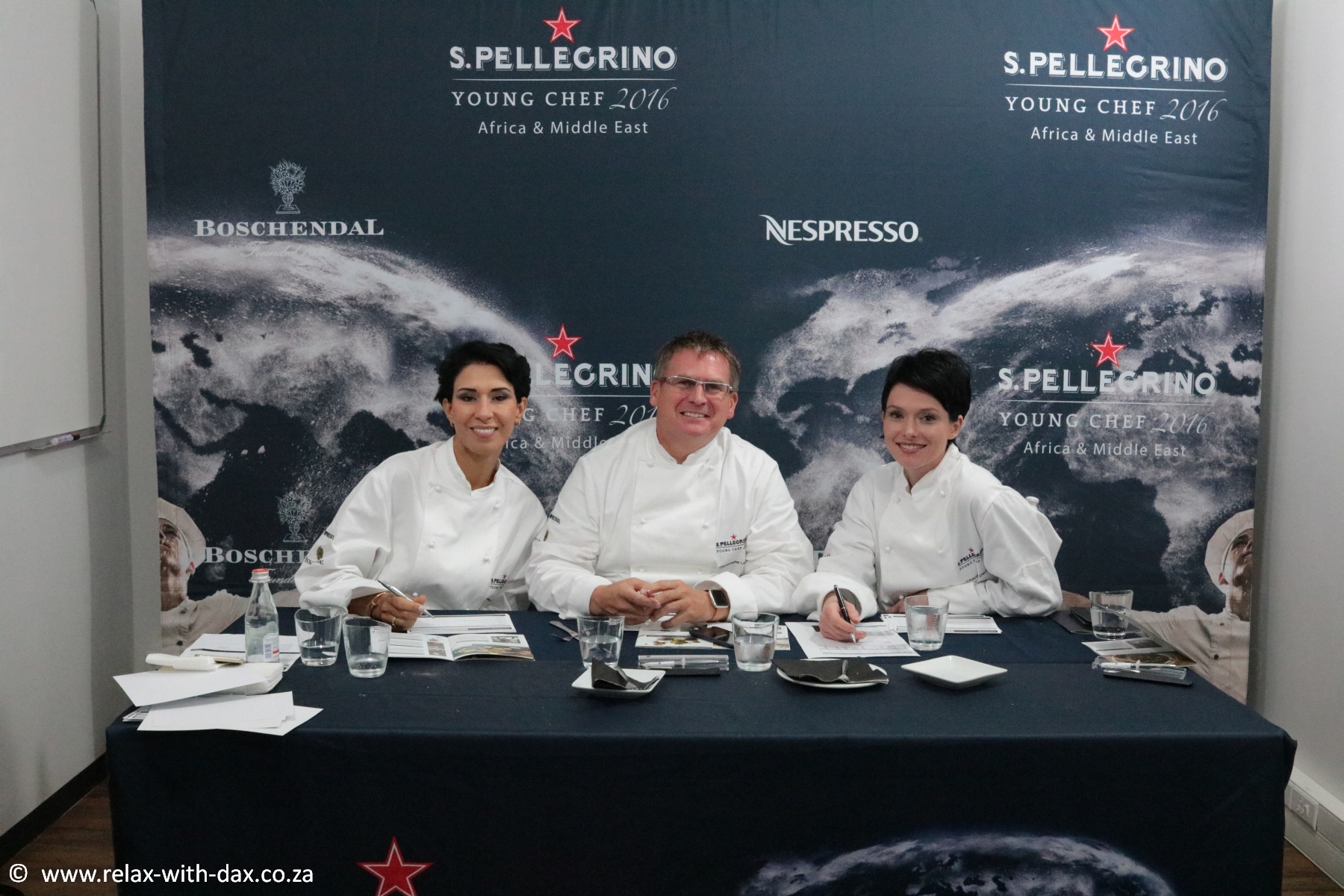 Most people know about the World’s 50 Best Restaurants awards. They happen annually and South Africa has had representation on the list through top performers like The Tasting Room at Le Quartier Francaise and The Test Kitchen. San Pellegrino is one of the sponsors of the awards but they have decided to escalate their investment in the industry by creating a new competition which is complementary to the the World’s 50 Best Restaurants Awards. The San Pellegrino Young Chef Awards started in 2015 and is a worldwide competition. Chef’s submit their dishes as recipes and pictures and the chosen finalists in each region then prepare their dishes at the regional finals. The winners of the regional finals then go to Italy to compete against each other to be crowned the San Pellegrino Young Chef for that year. This competition is big. To give you an idea of the size and grandeur of this event, take a look at the video below.

As you can see, this is no Mickey Mouse competition. Each regional finalist is accompanied by a mentor who is themselves a top chef from that region. As an example, the mentor for this year for our region (Middle East & Africa) is Chantel Dartnall, chef at the highly acclaimed Restaurant Mosaic at The Orient in Pretoria.

I was invited to attend the regional finals for Middle East & Africa which were held in Cape Town. Of the 10 finalists, 5 were from South Africa:

The judges included Chantel Dartnall from Restaurant Mosaic at The Orient in Pretoria, along with Chris Lester from Dubai and and Meryem Cherkaoui from Morocco.

We were able to watch the chefs preparing their dishes and after the judges had been served each dish we were presented with tasters. An added challenge for the chefs was finding the exact ingredients they would use in their home country and some substitutions had to be made, but despite that the dishes were all fantastic. I was glad I didn’t have to judge between them!

After the judging which was held at the SA Chef’s Academy in Woodstock, we were shuttled over to the One & Only Hotel for a gala dinner where the winner was announced.

We enjoyed a 3 course meal prepared by Mark Moriarty, last year’s winner, and Angelo Scirocco who was the winner of the Africa & Middle East region of the competition last year. Angelo Scirocco has opened Urbanologi in Johannesburg. Foodies are rating Urbanologi as one of the top restaurants in Johannesburg and this is an indication of the level of the Young Chefs competition. These chefs are receiving mentoring, exposure to techniques, networking opportunites and even job offers through their involvement in the competition.

In addition our top chefs are involved in the competition as mentors and judges, giving them exposure to other top chefs of the world and the latest trends in the food scene. Overall the San Pellegrino Young Chefs competition is contributing in so many ways to the food and restaurant industry. We will probably see many of these young chefs at the helm of restaurants that find a position on the List of 50 World’s Best Restaurants.

Unfortunately none of the 5 South African chefs in the finals finished in the top 3 this year. But the experience, contacts and mentoring they gained by being in the competition even up to this point would have been priceless.

The final  winner for the Africa & Middle East region was Gregoire Berger from Ossiano Restaurant at Atlantis, The Palm in Dubai. He will be off to the finals in Milan with Chantel Dartnall as his mentor. Check out the video below for all the action from the Africa & Middle East regional finals and the gala dinner at the One & Only with Pete Goffe-Wood as master of ceremonies.

See my full gallery of images from the event here.