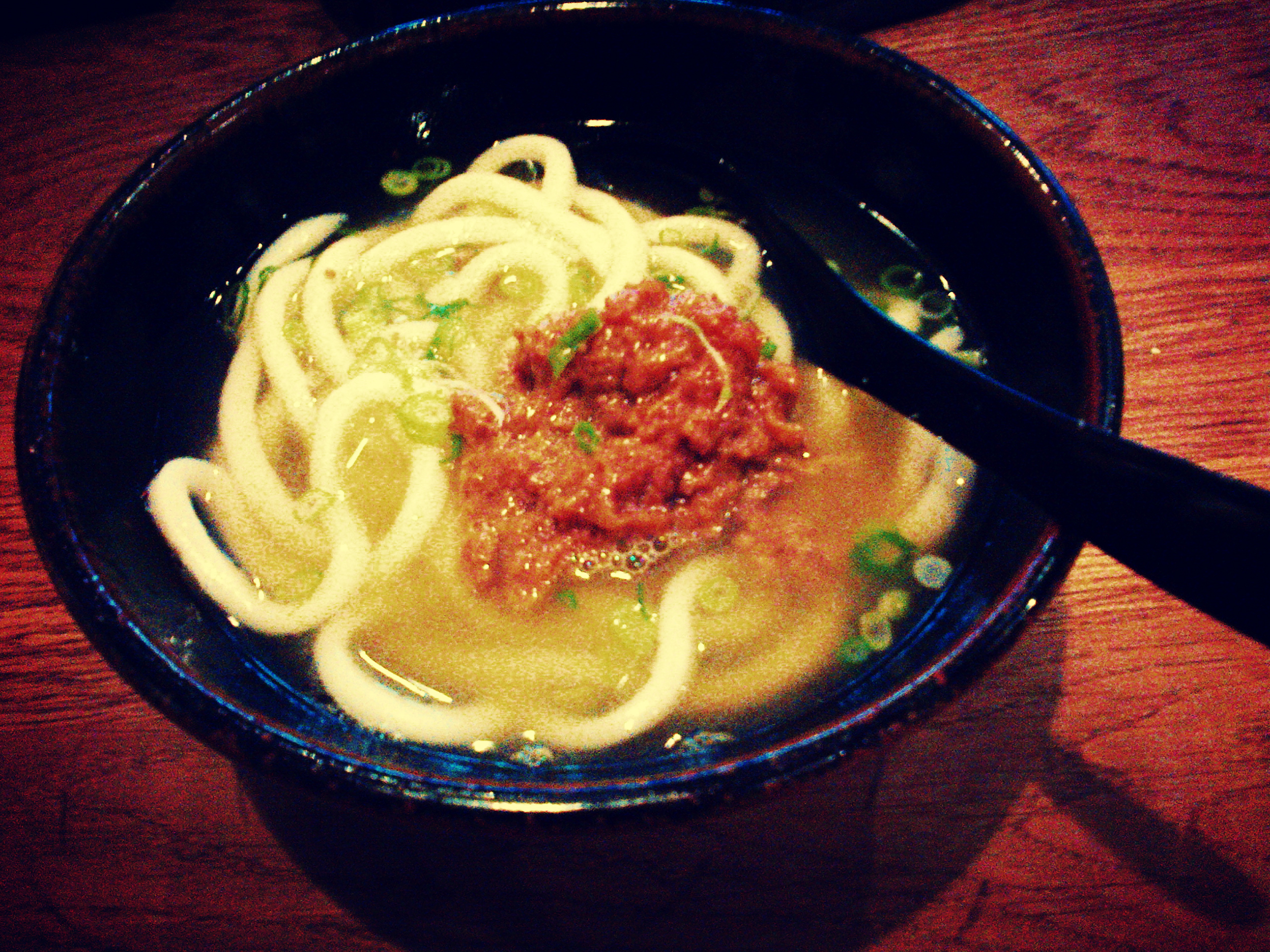 I was sent over to London for 10 days by Virgin Atlantic as part of their promotion of their daily direct flight from Cape Town to Heathrow. I wrote two posts on my experiences in London, which you can read here and here. This is my 2nd (and final) post dedicated to my food experiences in London, the 1st part is here. I ate at a cross section of places, some of the more fine dining spots are in my 1st post, the restaurants included in this post are more casual and trendy.

I had to eat at Fifteen, Even though I’ve only watched a couple of episodes of the hit TV show by Jamie Oliver. It all looked very familiar, which is quite a cool feeling. The place is really big, I ate in the upstairs section but there is an even bigger downstairs section which looks different but also very cool. I think most tourists will go and eat at Fifteen whether the food is great or not. I personally wouldn’t prioritise it, as I think there are other places I would prefer to eat at.

I ordered the rare-breed pork salad with truffled celeriac (£7), which turned out to actually be a pork terrine and the truffle was so strong I couldn’t taste anything else. For mains I had the pan-seared bream with Jerusalem artichokes and chilli shallots (£19). The main was well prepared but not amazing. For dessert I had the semifreddo which was fantastic. I definitely noticed that the quality of desserts in London was way higher than in Cape Town. 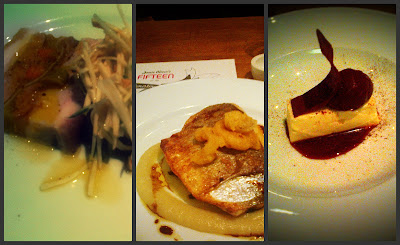 I was interested to see this little spot. Reminded me very much of Dog’s Bollocks here in Cape Town. It’s in a little shack around the back of Pizza East in Kentish Town. I call it a shack because the walls are made of corrugated iron and it’s very small but as you can imagine, because of regulations, the structure is actually solid steel beams. There is one big, square communal table in the middle and then a counter running along the wall all the way around. I would say it can seat about 25 people.

The menu is very simple, a cheeseburger (£5.50) and either fries (£2.50) or onion rings (£2.50) on the side. Then there are a few beers, cooldrinks and milkshakes to choose from. That’s it, very simple. It’s very funky, but I must say it doesn’t hold a candle to Dog’s Bollocks. Not in terms of edginess of the venue nor the actual burgers. The onion rings were the dog’s bollocks though. 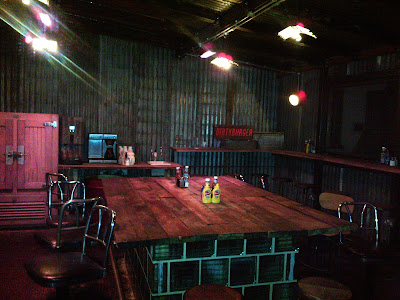 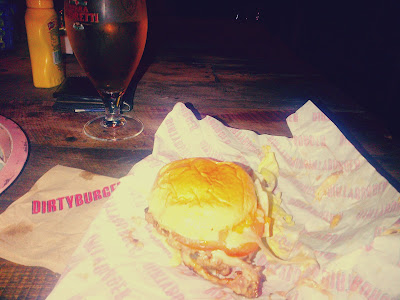 I was hoping to eat at Polpo this visit, but unfortunately I ran out of time. However, this little New York style gem in Soho is part of the Polpo group. Spuntino is uber cool and it knows it. The website is just one page which has the opening times and address and simply says: “No telephone, No reservations.”. Which would explain why we had to queue for about 30 minutes for a seat at the little bar, at least you can order a drink while you wait. I also enjoyed seeing what people were ordering so that by the time we sat down I already had a strong idea what I wanted to order. They can seat about 24 people and it’s all counter eating at close quarters.

The dishes are small, for tapas style eating. We ordered 2 sliders (£5 each), pork and ground beef & bone marrow. In a hat tip to healthiness we ordered 2 salads (£6 each), ham hock with chicory & sweet mustard and beetroot, feta, hazelnut & black sesame. We also ordered a mini pizza (£7) with fig, coppa & gorgonzola. we rounded the order off with egg plant chips (£4). The food was amazing, every dish was super tasty and interesting. In fact, the standard of the food was so high we decided to order dessert even though we were full. I ordered the Dutch baby, a baked pancake with pear & ginger jam and creme fraiche (£7). It was phenomenal, as was the chocolate & pecan whiskey cake (£6) which my dining partner ordered.

This place was a definite highlight, not only the food but the whole vibe. 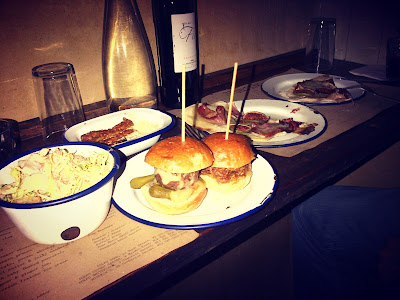 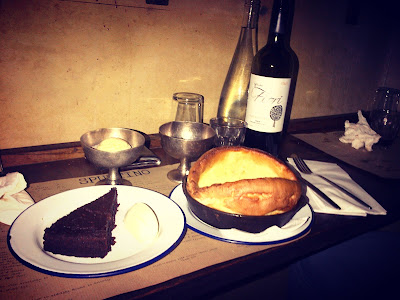 This was my last meal before heading to Heathrow and being spoilt in the Virgin Clubhouse. Koya is an Udon noodle bar and also one of those cool places where you just have to queue if you want to eat there. Unlike Spuntino, you can’t queue inside. We had to stand in the rain while we waited for tables to become available. The diners can see people waiting outside so hopefully they feel guilty and don’t linger.

It’s a very simple restaurant. As you enter the kitchen is at the far end and there are tables against the wall to the left and right. The menus are printed on wooden panelling on the walls and the tables and chairs are in matching light wood with a white tiled floor. It looks clean, modern and inviting. Especially if you are standing in the rain.

It was a quick lunch, I ordered Atsu-Atsu which is hot udon noodles in hot broth. I selected the pork & miso (£9.90) and it was delicious. I must say that it takes quite some skill to eat udon noodles with chopsticks. I splashed myself quite a lot and also got cramp in my hand. I’m such a beginner. 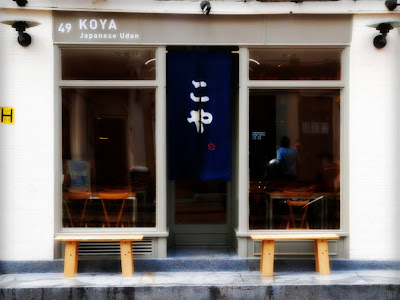 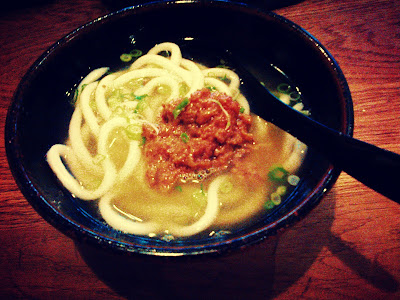 Other spots and highlights

I had drinks at some cool bars. Dean Street Townhouse in Soho was a very trendy spot. It’s an upmarket spot with a great vibe, great for early drinks if you don’t mind prowling for space at the bar. I hear that eating there is also worthwhile, especially the Sunday roast.

At the other end of the evening clock, but also in Soho, is a cocktail bar called The Player. Funky vibes from the DJ keep the place pumping until the early hours of the morning.

There were many pints in pubs, as you would expect. One of those pubs happened to also unexpectedly provide one of the food highlights of my trip. It was the Southampton Arms, which is famous for the constantly changing range of local, hand crafted ciders on tap. My friend suggested that not tasting the pork roll (that’s a roll with roast pork on it, nothing complicated) would be some sort of cosmic sin and result in bad karma for the whole planet. So we ordered one to share. Giving up half of that pork roll was not easy. One of two things saved our friendship, either it was the fact that it’s a strong friendship of many years, or the other was that the roll was actually huge so there was enough for two! A generous pile of roast pork on a bun with mustard and crackling balanced on top (that’s missing from the photo below as I ate it before having the presence of mind to take a photo for posterity). 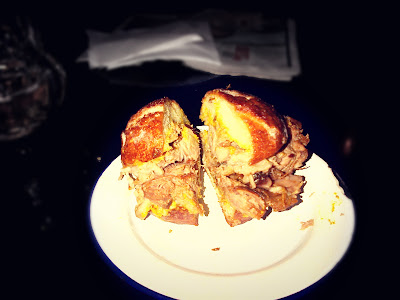 My trip to London was sponsored by Virgin Atlantic. Click the banner below to find out more about their daily flight direct from Cape Town to London.