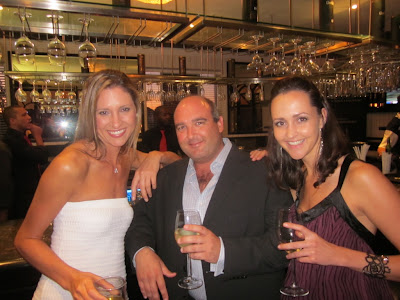 I was invited to attend the launch of Ryk Neethling’s wine at Val de Vie on Friday night. It was a black tie affair with lots of fancy people. It’s amazing though, it doesn’t matter how fancy people are they still don’t seem to have the manners to keep quiet during a speech. The speeches were less than five minutes in total but the people behind me couldn’t be bothered to even lower their voices. So I could barely hear what was said and I’m sure the speakers must have found it distracting. I think that is unbelievably rude. I’ve even been to a wedding where people did not keep quiet during the speeches. If it was my event I would tell them to shut up or get out. Talking during the speeches is like spitting in the faces of the speaker and the host.

Anyway, with that rant out of the way, let me tell you about the event. My friend Leigh from Lip Gloss is my Life (thanks for the pics!) was also invited so we travelled together (you can read her review of the event here). My date was the lovely Michelle who you may remember from the Hugo Boss party.

On arrival, we received a cocktail of gin and a new enegy called 28 Black, it was very pink, but I’m ok with that. What I wasn’t ok with was the fact that they put crushed ice in which prompty melted and made the whole drink just taste like water. 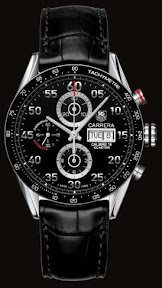 On our way through to the patio we admired the Tag Heuer watches which were being displayed. I tried on the puppy pictured (you know I have a weakness for nice watches) but the price tag of R35 000 odd kept my wallet firmly in my pocket. Out on the patio we watched the last of the polo in the fading light. It’s actually quite cool to watch but we didn’t know the rules so that detracted a little. A little later I found someone I knew who plays polo and she explained the rules.

Then we mingled a bit and chatted to some people we knew and others we were introduced to. All the while snacks were brought around and they were good quality, not the tired canapes often served at functions I attend. Small bowls of squid ink risotto, butternut ravioli or thai salad were the ones I remember. We enjoyed some Val de Vie white until the Ryk Neethling wine was presented which is a red blend. It’s an easy drinking wine which won’t offend anyone, and at R90 it’s not too expensive. I think it will be popular.

After the speeches we mingled some more and then headed home. Not a bad event.

If you’re keen to visit Val de Vie and take in some polo, check out our ticket giveaway to the BMW International Polo Tournament.