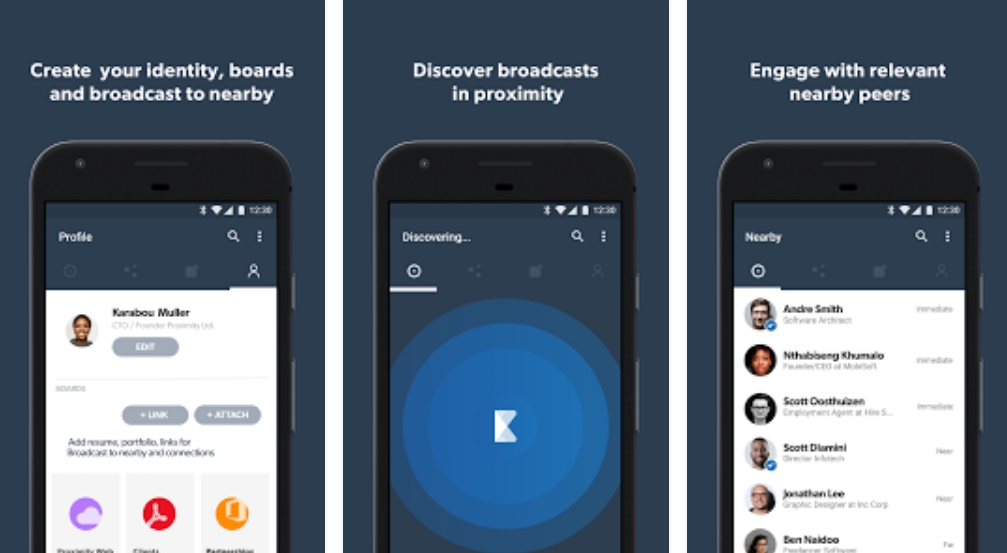 Many people don’t believe me when I say that I’m an introvert. It’s true, I do attend a lot of social events, mainly for my blog. But if you observe me, you’ll notice that I tend to move around very little and will chat to the same person or group of people for most of the time. Walking around and engaging with people I encounter is very unappealing to me.

I spend days at a time working in my home-office without seeing another human being and I like it that way. The only problem is, I am self-employed which means that finding new work or new clients is up to me. I used to attend conferences and other industry events but I eventually stopped doing that, because to get any value out of them you have to network and I just couldn’t do it. I would spend a significant sum of money on a ticket and a day of my time attending and leave at the end without even having spoken to the person sitting next to me.

Then the guys from KnektMe contacted me and asked me to take a look at their app. It’s meant to facilitate more efficient networking for everyone, but I could instantly see the benefit for me as an introvert. It’s like Tinder for networking. That’s probably not an analogy the KnektMe team will be particulary pleased with, but hear me out.

If you’re single and you walk into a bar that has 100 people in it, you don’t know who is single or attached, gay or straight or even looking to meet someone. Maybe there are 20 people in the bar that are potential dates, so for every 5 people you interact with, only 1 is a ‘match’. With Tinder you know that everyone on there is a possible match, and you can focus on finding someone you like. If they like you back, it’s a match and you can chat.

KnektMe works the same for networking. At a conference or industry event, only a few of the people will be worthwhile meeting from a business perspective, why would you want to spend time talking to everyone to find the few? KnektMe allows you to see what you need to know about people before meeting them and if they are happy to connect you can meet up. The bonus is you know from their profile what they do and what projects they are working on so you can get straight to the point.

As the app gets more popular, it won’t just be conferences where it will be useful. Imagine how many potentially valuable contacts might be sitting in the airport lounge at the same time as you. With the rise of hot-desking, spending a few hours a week at a shared office space now becomes a fantastic networking opportunity, thanks to KnektMe. Even the local coffee shop filled with people staring intently at their laptop screens becomes a goldmine of networking opportunities.

Just imagine you could walk into a coffeeshop and above everyone’s head was a sign that indicated what they do and what they are working on. It’s highly likely there would be someone you would want to connect with about business. If everyone was using KnektMe, that’s pretty much how it would be.

KnektMe was developed in Cape Town by Carl Visagie. The concept evidently has merit as an international investor has already put R1m into the project. The app is available for Android and iOS, simply search for KnektMe in the app store.