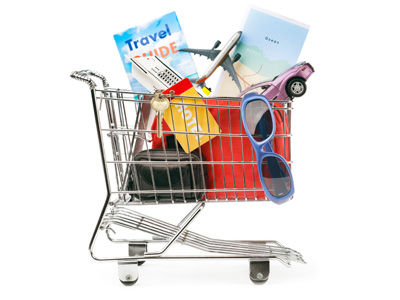 The concept of group buying is a good one. Buying in bulk has always been a good way to save money and sometimes people even form ‘buying clubs’ in order to get bulk discounts. So harnessing the power of the internet to connect people into an ad hoc buying club to take advantage of bulk discounts should really be flawless.

This would explain why Groupon has been so successful in the United States, becoming one of the fastest growing internet startups ever and swiftly expanding to other countries around the world. South Africa is one of the countries that Groupon has expanded to, but not before a bunch of copy cat sites had started up with others arriving shortly after Groupon too.

In fact Groupon decided it would be easier to purchase a going concern rather than starting from scratch and so they bought one of the first group buying sites in SA, Twangoo. Unfortunately for Groupon, the domain groupon.co.za was already (cleverly) taken by another group buying site wicount.co.za. Groupon has been looking at its options and I see that groupon.co.za now redirects to their local site mycitydeal.co.za.

For those who are unaware of how group buying websites work, here’s the low down. The website presents a deal with an attractive discount (ideally more than 40%). The service or product provider will specify how many deals must be sold to make it worth their while. Users can then purchase the deal and only when enough people have purchased the deal does it ‘tip’ and at that point all purchasers will be charged and receive a voucher by email to redeem the product or service at the discounted rate.

This means there is no risk for the service or product provider, nor for the website as the deal is only valid once there are a certain number of purchasers. So everyone wins, the provider gets exposure and feet through the ‘door’, the website gets a cut and the consumer gets a good deal.
So what can go wrong?

From the service/product providers perspective it’s a fairly safe bet. As long as the website doesn’t sell more vouchers than they are supposed to (this has happened), because this can put the resources of the provider under huge pressure. Providers also have to be careful not to devalue their brand. Offering deep discounts on group buying sites can undermine an exclusive or high end brand.
I’m not sure how rigorous the controls are, but there is potential for fraud on the side of the group buying website. If they sell 100 vouchers but tell the provider that they only sold 90, they will only pay the provider for 90 and if the provider is not monitoring how many vouchers are redeemed they would lose out on the additional 10. The group buying site may try to take a share of the ‘breakage’ by assuming that a certain percentage of vouchers will not be claimed and so only paying the provider for a percentage of vouchers sold.

In another scenario, a customer could forward their email voucher to friends who could then also use the same voucher without actually purchasing it. This can only happen if the provider does not have a list of valid vouchers to check the voucher against. This can be particularly difficult if the voucher is for a chain of restaurants or shops. Although in some cases, they don’t mind how many vouchers are used, if they are still making a profit and it brings in more custom.

For the customer, the process is fairly risk free. It can occur that when someone presents their voucher for redemption against a product or service, the provider has not trained the staff on the offer and there can be some awkwardness in trying to get it sorted out, particularly if it’s a restaurant.

The other major problem is that most of these deals have a lot of terms and conditions. Initially this was not the case but it has become the case now. One of the early restaurant deals was a R200 voucher for R100. These vouchers could be used at any time and the customer could redeem more than one at a time. Now the conditions for restaurant deals tend to be more specific, only one voucher per table, only valid on a certain day of the week, etc. So it’s important for the customer to check the terms and conditions of each deal to see if it suits them.

Sometimes the discounts offered are not as deep as advertised. Many times, if you go and check the price of the service, it’s lower than advertised so the discount is more around the 10% to 20% mark than 50%. Alternatively the deal is ‘constructed’ so that there is no usual price to compare it to. Customers must be aware that the deal may not be as good as it first appears.

I spoke to some service/product providers who had offered deals on group buying websites and the feedback was generally positive with many of them happy to offer a deal again in the future. I have also spoken to several customers who have purchased deals and their experiences have also been positive.

I have personally purchased several deals from two different group buying sites and have found my experience to be positive, although research revealed that the actual discount I received was nowhere near as deep as the 50% advertised.

As a user, my one concern is that there are too many group buying websites and this is affecting the quality of the deals. The majority of the deals are for spa treatments and restaurants, when there is so much more out there. The four purchases I’ve made have had nothing to do with restaurants or spas.

There are currently (that I’ve found, there may be more) about 25 group buying sites as well as several one day only deal sites (slightly different principle, where a product is available at a special price for one day and anyone can purchase) as well as several aggregators which pull all the specials off other sites to display them in one place.

There are too many sites and we will see the emergence of dominant players over the next few months. These will be the ones that offer the better deals consistently and don’t resort to pseudo discounts and too many terms and conditions. One of the 25 has already thrown in the towel and several others appear to be non starters. I think there will be some clarity on who the major players will be by year end. I think there is space for maybe 3 big players and some niche players which will specialise in certain products and services eg. Salewine.co.za which focuses on wine.

Citymob.co.za is one of the latecomers, with over 20 sites already launched, the obvious question is what makes this one different. Luke Jedeikin, sales and marketing director at CityMob says:

“We want to refresh the group buying category with a distinct focus on quality, community and strategic partnerships. Group buying is primarily a social activity and in building consumer and retailer loyalty, we believe in mutual respect and consistently sharing local insights.”

Let’s hope those insights push them ahead of the pack. I’ll be watching this all unfold with keen interest because I do believe group buying, harnessing the power of the internet, will benefit us all. It will be interesting to see if the Consumer Protection Act has any effect on group buying as it has provisions around vouchers and the validity periods thereof. Vouchers now have to be valid for a number of years as opposed to the 3 or 6 months we are used to seeing. Does this apply to group buying vouchers?

Below is a list of the sites I know of. Please feel free to comment below if you know if others or share with us your experience as a customer or service/product provider.