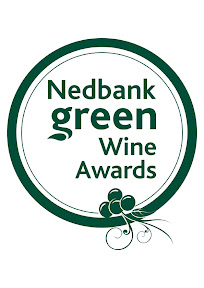 There’s a bit of a debate going on at the moment whether organic wines are better or worse than their chemical counterparts, in terms of taste. I think that misses the point. Christian Eedes who chaired the judging panel for the Nedbank Green Wine Awards felt that the wines were typical of any selection of wines, ranging from bad to really good.

What is more important to understand is that farming organically, or biodynamically, is more sustainable. As oil based inputs such as fertilizer and pesticides become more expensive, it will push the price of the final product up. Also the soil is depleted and damaged by these harsh chemicals. Not to mention the effect these chemicals have on our bodies as they build up over time (read more about that here).

So we need to support those wine estates that are making the change now despite the short term difficulties they face. That’s why awards like these are useful, because they introduce people to the good quality wines which have been produced more sustainably. Do bear in mind though, not all organic or biodynamic wines are entered into the competition, so just because a wine does not have an award, it does not mean it’s bad.

There was also recognition for Best Environmental Practices: