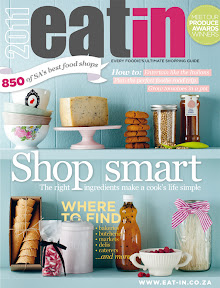 Eat In took a new approach with their awards ceremony this year. I attended the Eat In awards ceremony last year, when the format was a private lunch. This year they decided to change the format to a night market with many of the nominees having stands so that the public could try and buy their goods. I think this is a great idea and would even suggest they do the market more often, at least twice in the year as it’s great to have a chance to be exposed to these great products and to meet the interesting and passionate people behind them.

The event was well attended so I’m sure the vendors would have been pleased with the exposure and sales they had at the event. That’s one of the drawbacks of artisanal products, they are often difficult to find or get hold of. So a specialised (as in all high quality and environmentally & socially positive) market is always appreciated.

I was quite disappointed with the actual awards though. Because there were so many people there, and many of them were not paying attention but chatting, it was very difficult to hear and see what was going on. After a while I gave up and wandered off to check out some of the stands. I would suggest that the actual awards take place half an hour before the market is opened to the public. Those that are interested can then arrive earlier to attend the actual awards ceremony.

On a positive note, the catering was excellent. I was pleased to see Sense of Taste catering again as they did an excellent job last year. The awards were sponsored by SAB and the snacks were paired with certain beers. All of the snacks were really tasty and interesting (eg fillet & sweetbread kebabs) and some of the pairings worked really well.

I’m sure the team will learn some lessons from this event and the next one will be even bigger and better. Below are the winners of the various Eat In Awards. I’d recommend getting hold of the magazine to see the very strict criteria for each category as well as the extensive listing of quality food shops around the country (and some great recipes and catering ideas). There is also some information and other great content on their website www.eat-in.co.za