It started as a bar tending training programme, but it’s now a global competition to find the best cocktail maker (mixologist). The competition takes place in over 40 countries around the world, and the winner from each of those countries competes in the finals, which are taking place in Rio this year.

Running from the 8th to 12th of July this year, the finals of the World Class competition are happening at the imposing Copacabana beach front hotel (pictured above). The representative for South Africa is actually a barman from Asoka in Cape Town, Brent Perremore.

I was asked to assist with judging the competition, an invitation I happily accepted because it sounded like a truck load of fun (and it was!). There were several rounds of the competition as barmen around the country were tasked with creating a cocktail using a specific spirit eg. gin, tequila, etc. I judged the whisky round and was impressed with some of the cocktails I tried. Luckily they had been pre judged so I only had to judge the 6 best.

What is involved in judging a cocktail you ask? Well, the aspects we scored were:

The winners of those rounds then competed in the regionals which took place at Orphanage (which is getting a reputation for having good cocktails by the way). I judged this round as well and because the barmen were creating the cocktails themselves (the previous round they just submitted their recipes), the criteria expanded to evaluate their bar tending skills in addition to the other criteria. We looked at things like:

This evening at Orphanage really blew my mind. I realised that Cape Town (and I assume the rest of South Africa) has been quite sheltered from the world of cocktails. I know we went through a cocktail phase a few years back, but largely when people think of cocktails, they think of mojitos and daiquiris. Notwithstanding the best efforts of some places like Orphange.

There were 4 cocktails offered to the attendees that night, all paired with food. Pairing cocktails is a new thing for me, and I like it! The first cocktail was paired with white chocolate-coated olives and jelly wedges of orange blossom and chamomile! The cocktail was called Unexpected Expectations, Ciroc Vodka with chamomile infused vermouth and hints of apricot. 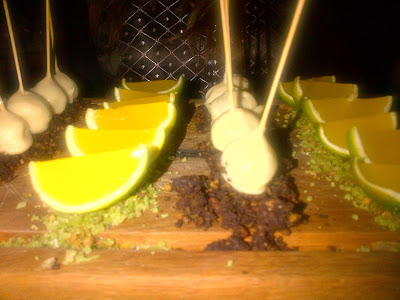 I won’t bore you with the details of each cocktail and its food pairing, but each was something so new and exciting that I was impressed over and over again. If this is what the cocktail world is about, we need more of it here!

After sampling a few of the cocktails it was time to judge the performance of the barmen from the Western Cape region. Their cocktails were very creative and tasty. It was difficult to choose a winner as each barman excelled in different ways. One cocktail really stood out, and that was the bacon cocktail! A tequila based cocktail with an onion and thyme coulis and a bacon foam. It tasted good too! 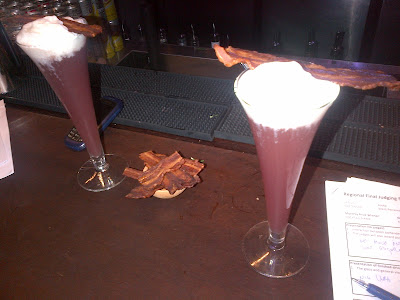 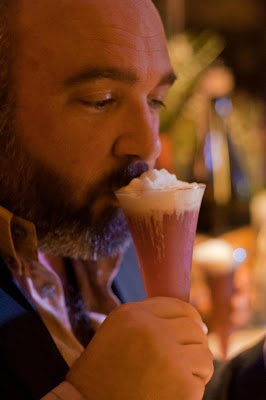 We eventually selected Brent Perremore as the winner and he went on to win the SA finals. I attended the finals and was again impressed with the cocktails. Especially the one where they poured it out of a teapot shooting steam everywhere! 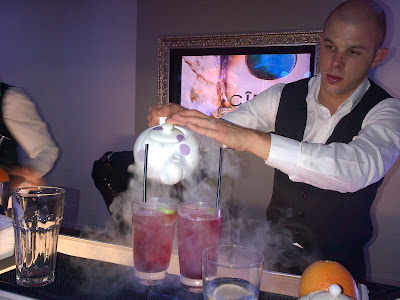 I hope that the cocktail vibe grows in South Africa because we are really missing out on something exciting. I wish Brent  well at the international finals in Rio and I’m looking forward to hopefully being involved in the competition again next year.