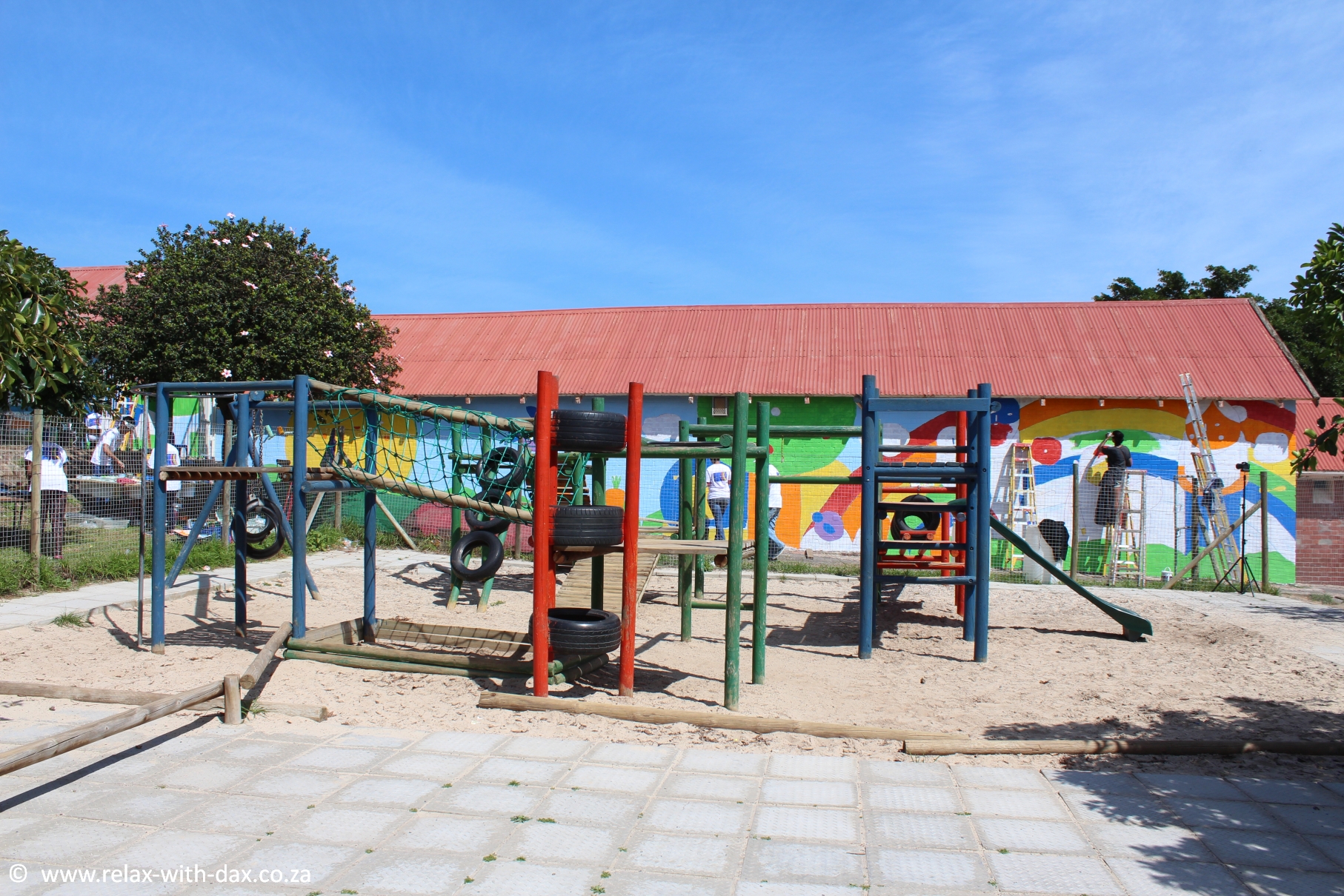 You may recall I was recently invited to assist with the planting of a food garden at Chapel Street Primary School in district 6. There were two aspects of the project which impressed me. The first was the attention to all the aspects of the project. They didn’t just select a school and pay someone to plant a food garden there. The selection of the school was carefully considered. Plans were made to involve the learners in the garden. They are also attempting to include the garden into the syllabus in some way. The kitchen staff have been included in the process as well, so that the food harvested from the garden is properly used in order to feed more learners.

The second aspect that impressed me was the partnerships and the inclusion of role players in order to ensure accountability and sustainability of the project. The school principle, the teachers, the kitchen staff, the volunteers, the mentors, the learners, etcetera, are all involved. Apart from accountability and sustainability, this also means that there are more opportunities for connections to additional contributors to the project.

A good example of this is that See Saw Do has been introduced to the school and has painted a lovely mural next to the garden and playground, uplifting the environment of the children. I was invited to join the staff from MySchool and help with the painting of the mural.

On arrival at Chapel Street Primary my first priority was to go and see the garden. I wanted to check how it was doing 10 weeks since the planting. It’s amazing to see how the plants have grown, they will be having their first proper harvest at the end of October, just 3 months after the garden was planted.

After checking on the garden I met up with the crew from MySchool and the group was given instructions by Jeremy of See Saw Do. The mural had already been outlined on the wall, which had already been primed with white paint. So all we need to do was basically colour in the lines with paint, how fun! Adult colouring books are all the rage these days but this is next level.

I had a chance to chat with Jeremy during the morning and learn more about See Saw Do. They describe themselves on their website as

…a social enterprise founded on the transformative power of creativity and love. We are driven by a heartfelt conviction that all children, regardless of their place of birth, should be given equal opportunities and environments in which to grow and learn.

Jeremy’s partner, Xanele, was producing children’s books in various languages as part of her degree in visual communication design, when one of the schools to which they had given books asked if they could paint their walls! This was the beginning of the journey to where they are now, focused on improving children’s environments to improve their opportunities for growing and learning.

Jeremy revealed that it has been a journey of growing and learning for them. Designs have been simplified, more appropriate themes are being used, the correct paints are being used and they have expanded from just murals into renovating spaces such as classrooms to make them more learner friendly.

Corporates have been supportive from both in sponsorships and in volunteering and team days like the day that I joined with the MySchool team. This has enabled them to complete many projects all around the country, impacting the lives of thousands of children.

The cool thing about this particular mural project was that the learners at the school did not know about it, so when they arrived at school on the Monday morning they got a fabulous surprise. I wish I had been there to see their reactions!

See all my photos from the day here.

Read more about the partners involved at Chapel Street Primary at their websites below.