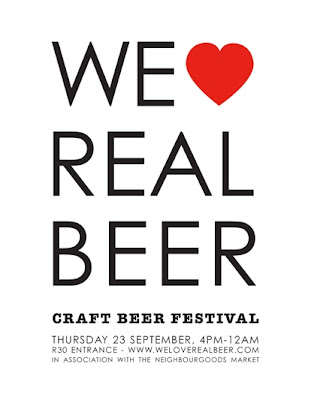 On the 23rd of September, 2010, the first craft beer festival in Cape Town will take place at the Neighbourgoods Market in Salt River. There are only two types of people that should attend this event, those who drink beer and those who don’t.

Beer drinkers need to attend so that they can be introduced to the options in terms of microbrewed beer in South Africa. There are a lot more than you think and this is your opportunity to taste what is on offer and find ones that you like and also find out where these beers are available so you can start drinking them more regularly.

Those who don’t drink beer need to attend so that they can have their eyes opened to a world which they are missing out on. Craft beer is so much more than the bulk manufactured stuff you’ve been exposed to up until now. It has character and personality like a wine does. There are beers for every type of palate and just like wine, these beers combine well with food to elevate the taste experience of both the food and the beer.

I’ve been asked to be a judge at the festival, which I’m very excited about. But it’s not about me, it’s about you so I bullied them into giving me three double tickets to the festival for my readers.

If you would like to win a pair of tickets, send an email to dax@relaxwithdax.co.za with the subject ‘Real Beer competition’ and answer the following question: Give one of the differences between Real Beer and industrial mass produced beer. (There are 6 differences listed on this webpage)

The competition closes on Sunday (19th Sept, 2010) and winners will be announced the next day.

Do remember that the day after the craft beer festival is a public holiday.

We Love Real Beer is an initiative of Collective São Gabriel and Jack Black Beer. You can read more here www.weloverealbeer.com