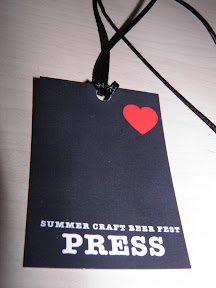 The first Craft Beer festival was in September last year. It was a great success with people queueing to get in and many being turned away in the end. But the 2500 people that managed to get in had a blast. It was a bit crowded though, so this year they addressed this by expanding the festival into both sections of the Old Biscuit Mill where the Saturday Neighbourgoods market normally takes place.

The time was also extended, starting at midday and ending at 11pm, offering an additional four or five hours. All of this worked as it wasn’t so crowded this time, despite the increased number of people. The organisers say there were 3500 attendees this time.

There were some new stands, both beer and food, this year which meant there were enough to make the front section beer only and the back section food only. It seemed that many people didn’t go into the back section (eating is cheating?) and so quite a few of the food stands actually packed up and left by half way through.

Pete Goffe-Wood’s Kitchen cowboys were doing brisk trade with their steak rolls as usual and the porchetta served on crispy rolls by Jason of Jardine bakery sold out (I had one, never had porchetta before, very tasty).

Most of the beers stands from last year were there with some new ones. I saw Mitchell’s and Birkenhead which I don’t think were there last year. Then there were Karoo brewers doing a lager, honey lager and donkel. Rob from Haut Espoir wine estate was also there serving up his mead which was definitely the most interesting product on offer and at 11% alcohol not for softies. The alcohol is disguised by the sweetness of the honey. The usual suspects like Napier, Camelthorn, Paulaner, Jack Black, Boston and Brewers & Union were all there. Not to mention my big favourite, Darling Slow Brew.

They had a bunch of interesting bands playing throughout the day which created a more vibey atmosphere.

My only complaint about the festival is that there was only beer to drink. Just about every girl I spoke to complained that after a half pint they needed something else to drink. Many of them left and took their men with them because they couldn’t find anything to drink. While I realise it’s a beer festival, I think not catering for non beer drinkers just alienates many people. Many of my friends were dragged off by their wives and girlfriends when they would have happily stayed and tried more beer and probably eaten more too. Many that left wouldn’t go again. I don’t think it would harm the festival to have some wine or maybe craft cider on sale.

Other than that, another great event. I’m already looking forward to the next one. Keep your eye on the We Love Real Beer website for news on the next festival. 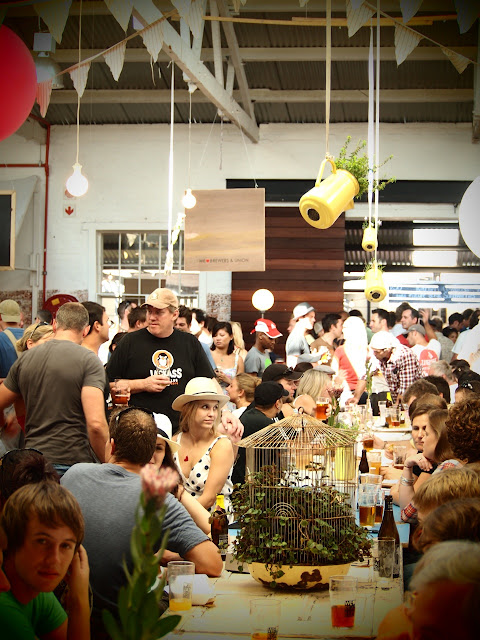