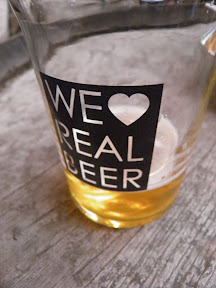 I’m excited about small and artisanal producers. That’s the reason I got involved with Slow Food (Mother City convivium) and it’s something that I enjoy sharing with Relax with Dax readers. It’s amazing when you actually take the time to do some research, how many small and artisanal producers there are. Eat In magazine does a great service in exposing good quality producers, but you meet them everywhere. I gave a presentation at the Food & Wine bloggers meeting recently and met the owners of Jorgensen’s Distillery, based in Wellington. They make the only artisanal vodka in South Africa along with Brandy and soon, absinthe.

We Love Real Beer is a project by &Union and Jack Black which is trying to educate people about the alternatives to the mass produced beer we are so accustomed to drinking. The Craft Beer Festival at the Biscuit Mill on the 24th of September (2010) was organised by We Love Real Beer and it was a rip roaring success. It was so well attended that there was a perpetual queue to get in and in the end, many people had to be turned away as it was becoming too crowded. The festivities continued long after midnight.

It was also quite successful in terms of the number of craft brewers that were represented. There were ten at this first festival, most of them local but still a substantial representation of craft brewing in South Africa. I don’t think they have sold that much beer in one place before. Without the option of alternative alcoholic beverages, everyone was drinking beer and I think the women were impressed by what they consumed. It was a great opportunity to demonstrate that craft beer is not the same as what we’ve been used to all these years. 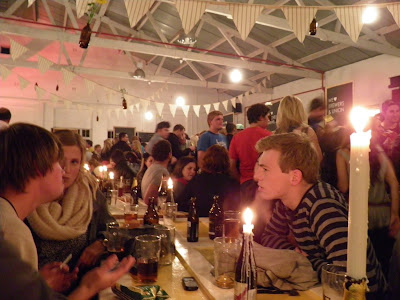 For the beer drinkers, I believe their horizons were broadened. There are some great craft beers out there and we should be drinking them. We should also be appreciating what we drink. Just like we have various styles of wines, there are styles of beers and we need to start to learn about them and find out what we like. Then we can compare various beers in that style from various producers to find our beer of choice. It’s an exciting journey, I’ve started it and I hope to be joined by many others.

There was also a selection of food stands at the festival, they were also well supported, especially as the evening wore on. The vibe was fantastic, although it did get a bit packed later on. They had live music which added to the vibe as well. If this was the first Craft Beer Festival, I can’t wait to see the next one.

Follow the link below to see my photos from the Craft Beer Festival in the Relax with Dax gallery.