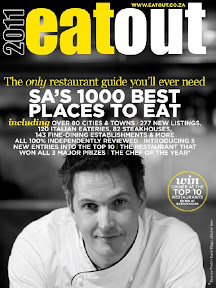 This is the first year I have been invited to the actual Eat Out Awards ceremony and I’m excited to be able to tell you about the awards ceremony because it’s quite fabulous, the food Oscars of South Africa. You can buy tickets for the evening and if you’re a foodie of any sort and enjoy an occasion, I’d recommend you do so. You’ll get to meet top chefs and many of the big names in the food publishing industry. I was seated right next to Abigail Donnelly, editor of Eat Out.

The evening starts at 5pm, because when you need to register and move 360 people, you need some time. We mingled in the foyer of the Westin Grand for an hour or so, enjoying the complimentary champagne and photo opportunities (see the photo of me below) and enjoying a game of ‘find out who else is sitting at your table before you get there’. I scored 0 out of 9.

The tables were beautifully decorated with little ‘trees’ to fit the theme of foraging. The Westin Grand is an impressive venue for this impressive event. After some introductions by the MC, we were ready for the first course. Each of the courses was prepared by one of last year’s Top 10 chefs (or maybe the selection was from the top 20 nominees for this year) and we were treated to a live video feed where the chefs demonstrated the plating of each dish. They make it looks so easy, just tossing stuff onto the plate but each dish looked so good! 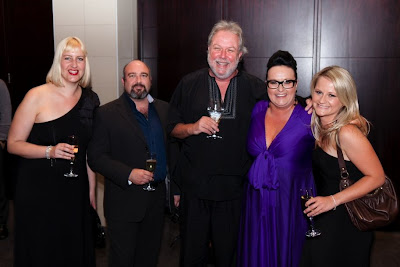 The food was great as would be expected, but obviously cooking for 360 people has it’s challenges so hats off to the chefs and the support team. After a few courses and a few speeches (including a very moving tribute to Lannice Snyman who recently passed away), it was time for the revealing of the top ten restaurants in South Africa for 2011. By that stage we were a few glasses of wine down and fully into the vibe so the winners received enthusiastic applause. The list of winners is appended below. 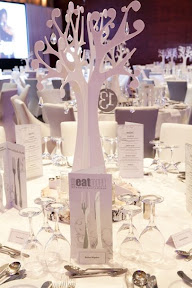 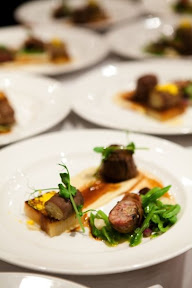 There was much mingling during and after the event, in fact people were out of their seats visiting other tables half the time. I organised the after party at Asoka which was well attended and was responsible for me getting home at 4am!

I’ve included some photos from the Eat Out photo gallery in this post, the balance can be viewed here: http://eatout.co.za/Gallery/5/Eat-Out-Awards-2010

You can see the other ten finalists here.

Restaurant of the year, chef of the year and service award of the year all went to Rust en Vrede while Walter Ulz of Linger Longer received the Lannice Snyman lifetime achievement award. 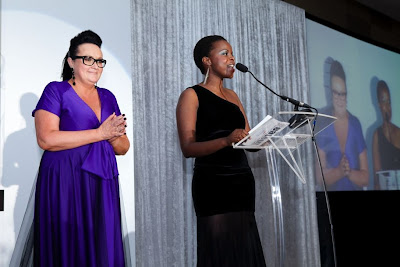 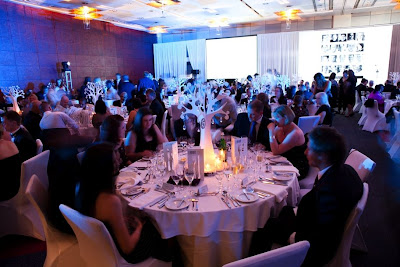