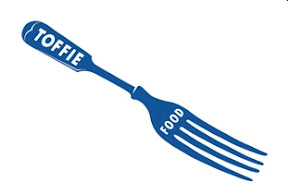 I think there is definitely a gap that the Toffie Food Festival fills. A festival which celebrates not just food but all the things around it. Design, community, creativity, invention, passion, and more. It’s very Cape Town.

It’s a pity then, that most of the elements were executed badly. This is the first year for the festival, so perhaps next year the issues will be ironed out.

Let me start with the positives. I think it was a good choice of venue. The City Hall is a really cool building which just oozes character and charm. With the various interlinked rooms, it created a labyrinth of rooms filled with interesting stalls.

The interactive food journey through Nelson Mandela’s life led by Anna Trapido was an unusual and enjoyable (not to mention informative) lunch on the Saturday.

There were some cool elements like the brown bags of different spices placed along the corridor. I loved walking along and smelling each of them.

The last positive I can come up with was there there was lots of beer. But I’m putting that under negatives too.

So, here are the things that I feel need to improve.

It was quite badly marketed. When I told people I was going to the Toffie Food Festival, 90% had no idea what I was talking about.

It was way too expensive, R1710 for a two day pass. While we are talking about this, why quote excluding VAT prices? The tickets were R1500 + VAT. What’s that about? I know there was a dinner involved, plus lunch on both days. I also know there were international speakers, etc. But people just can’t afford to pay that much. It needs to have optional elements. Eg. R500 for ticket, + R400 for dinner, + R150 for meal vouchers, etc. Then people can choose how much they want to spend. I heard that many of the dinners were not attended anyway, so that was a giant waste.

Also, when tickets became available at half the initial price, it really annoyed those who had paid full price. I realise that if the tickets are not selling something has to be done but if you discount the tickets you must provide additional value for those that paid full price. How would you do that? Give them a different goodie bag with more and better stuff in it. Give them an exclusive intimate Q&A session with some of the international speakers. Let them attend the workshops that weren’t free without paying. Let them choose which ‘secret dinner’ they want to attend.

People were randomly allocated to secret dinners, which is fair and fun, at a 5 year old’s birthday party. Let people choose their dinner when they buy their ticket, obviously the ‘cooler’ dinners will be booked out first, which is fine.

What they learned later is that they were not getting much for their money. When you tell someone the tickets include breakfast on both days, they will be disappointed to be presented with 2x plain mini croissants on each day. When you say the ticket includes a traditional Argentinian braai, people will be disappointed to receive a very South African plate of food consisting of 1x sausage, 1x chop and 1x roosterbroodjie. That is worth about R25 in my book. Ok, R30.

The market was pretty bad too. Why would people pay R50 to browse the market when it’s a tenth the size of any actual market which is free to attend? The stands were not particularly inspiring and seeing leftovers from Saturday’s lunch on sale in the market on Sunday was not cool (although, I appreciate the prevention of waste). Why was there a whole hall of beer stands? None of them made any money because there wasn’t enough business to go around, plus they paid a lot to be there. Two beer stands would have been more than enough.

Most importantly, I didn’t feel that the speakers gave much value either. As I said earlier, Anna Trapido’s presentation was good, and I heard that Kobus van der Merwe was excellent, but I felt that the overseas speakers just promoted themselves. They didn’t pass on any decent advice or tips, just told us about themselves. I reckon we could have found better local speakers to replace the international speakers.

There were a bunch of other small irritating things like presentations starting early or late, the chairs being covered in brown paper so there was a perpetual rustling sound, no announcements or indications when talks or workshops were starting… there’s more, but I’m tired.

The point is, this festival was a rip off. But it has the potential to be worthwhile next year if some changes are made.