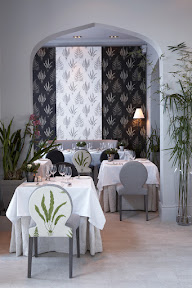 I’ve been fortunate to have experienced quite a number of tasting menus over the last couple of years. I’m not sure how many people actually go out and order a tasting menu. It’s quite a financial outlay and few people feel that it’s worth the money.

They do range in price, however. The top of the range I have tried were around R600 for 6 courses (Rust en Vrede and Nobu) and the most inexpensive were probably around R150 (4 courses at Clos Malverne including paired wines, making it the best value by a long shot, 5 courses at La Mouette). The thing about tasting menus is that, to get the full effect, you should really have the wine pairings. This adds another R150 to R250 to the bill. So the full menu with pairings and a tip will set you back R1000 per head at Rust en Vrede. As I said, no small outlay.

Is it worth it? I think it depends on the person. Until recently I would not have spent R1000 on a dinner, but having experience Rust en Vrede and Nobu, I would now. I believe it’s important to have the experience once in a while, just to create perspective and have something to compare other meals against.

The Greenhouse at the Cellars Hohenhort hotel have priced themselves in the Nobu/Rust en Vrede category which means they have a lot to live up to. Fortunately executive chef, Peter Tempelhoff, delivers. To give you the crunch before I get into the detail, I would not choose to go there over Rust en Vrede, but certainly didn’t feel that it was deficient in any way (except for one, which I will reveal later. Maybe one and a half).

My partner wasn’t keen for the 7 course pairing because she find that all the different rich foods makes her feel unwell. This is quite a common observation and another reason that few people actually order tasting menus. She opted for the four course menu which she still found quite heavy going. I went for the full exprience so that I could tell you all about it.

My first observation is that a lot of thought has gone into the presentation. It’s definitely a very creative menu, with several ‘themed’ courses. I’ve listed the menu (with pairings) below for your reading pleasure. If you drool on your keyboard and it stops working, it’s not my fault.

Don’t worry, there were several words I couldn’t understand either, like ‘crouton’ and ‘inverted’. I can tell you that each and every dish was not only tasty (except for the lime bubble, I didn’t finish that), but unusual (in a good way). They were presented superbly. Look at the photos I took with my phone (I know, but I couldn’t help myself, I just had to show you). The first one is the first course ‘Forest Forage’ and the second one is ‘Shellfish on the beach’. 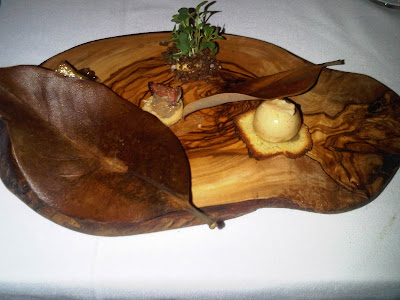 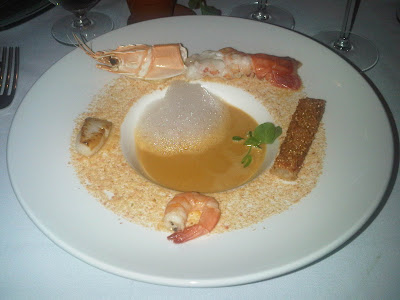 When a professional takes the photos, they come out looking like the one below. This is the seared tuna with scallop carpaccio. 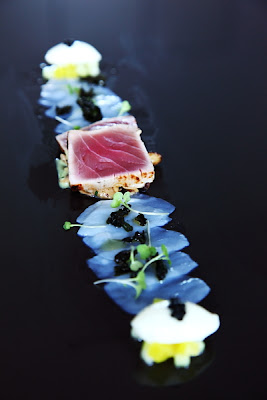 The Greenhouse chooses to showcase wines from the Constantia region. Normally this can limit the variety in the selection but I was really impressed with the wines. There were many I had not tried before and I enjoyed them so much I cried a little inside when they took each glass away with a few sips still in it.

The service was attentive and competent. I’m always impressed with waiters that can recall all the components of a plate even though they did not make it.

The only thing that I had a major problem with was the loo. The gents looked like a hopital toilet, very hygienic but stark. No decorations to break the white and light green walls, stainless steel dispensers, etc. I spoke to them about it because I felt it really detracted from the whole experience. They informed me that they were about to renovate it and have in fact now done so and even sent me a picture of the renovated space which does indeed look a lot better. So 10 points to them for sorting that out.

The reason it was so noticeable, I think, is that the rest of the decor is so absolutely stunning. We went first to the bar for a little pre dinner cocktail and every element, the bar, the lounge, the hotel, etc, were beautifully decorated so anything not up to that standard really stands out.

I started by saying that The Greenhouse is competing in the same space as Rust en Vrede due to the price. It’s not quite there, but I would definitely put the Greenhouse in my top 5 if not top 3.