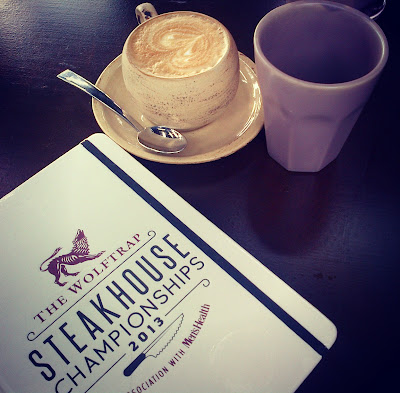 As JP Roussouw observed in his opening comments, meat is our national food. We love to eat it and we’re passionate about it. Steakhouses have been a a feature of the restaurant industry in South Africa for as long as we can remember. A steakhouse would have been one of the places where we learned to eat out, celebrated a birthday and flirted with a waiter/waitress.

So it’s no surprise that when the Wolftrap Steakhouse Championship in association with Men’s Health was opened to the public for nominations, there were over 200 000 nominations. The most popular of the nominations plus the experts nominations became the Top 14.

The judges (JP Rossouw, Arnold Tanzer & Pete Goffe-Wood) then visited the 14 establishments and selected the top 3 which were:

These were visited several times, to evaluate them consistently against all the criteria. Then finally the winner was announced at an awards lunch at the Pot Luck Club. 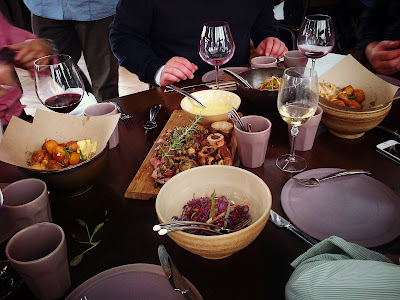 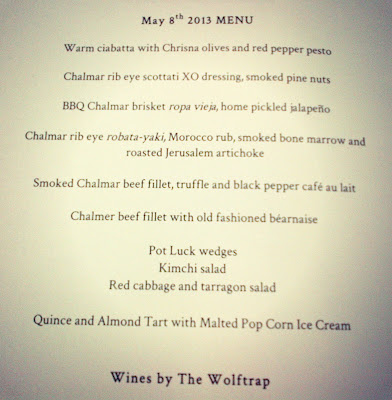 I’ve not eaten at The Pot Luck Club since they moved to their new venue high up in the sky at the Old Biscuit Mill. It’s very cool and the food was fantastic. Very meat oriented thanks to the sponsorship by Chalmar Beef.

After some speeches, fantastic food and much Wolftrap wine, the winner was announced. This year the honour goes to The Local Grill in Parktown North. From what I have heard about the place, it was well deserved.

You can read more about the awards at the website.