Nobu is one of the two restaurants at the One & Only hotel in the Waterfront. I reviewed Maze by Gordon Ramsay a little while ago, and last week I had the opportunity to dine at Nobu by Nobuyuki Matsuhisa. Maze and Nobu have been largely shunned by locals who feel that the prices are targeted at tourists and fear that they will not get much value for the substantial investment.

I mentioned in my review of Maze that this is not necessarily the case. A mojito at the Vista Bar costs R30, which is what you would pay at most places and each of the restaurants have less expensive options amongst the pricier options. Nobu is keen for more locals to come and experience what they have to offer, so they are running a special on a three course bento box (at R200). This may be the opportunity you’ve been waiting for. They have also introduced some less expensive cocktails at the Nobu bar to encourage people to spend some time there. Admittedly, these new cocktails are still R50, but that is an improvement on R90 which was the price of one of the cocktails we enjoyed before dinner. They have a selection of very interesting cocktails, based on sake and shochu. We tried a Saketini (R90), consisting of vodka, sake, plum wine, contreau, cranberry juice. The other cocktail we tried was the Goji Berry Martini (R65) made from goji berries, plum wine and a touch of guava juice. They were very tasty cocktails, a nice change from the usual.

After enjoying some time at the bar and quizzing the barman about the different types of sake, we made our way downstairs to our table. Nobu has that same imposing double volume space that Maze had, but I prefer the decor at Nobu. The dark wood, subtle oriental theme and conservative carpet all work well together. We were seated at a table which I was not excited about. There is a fixed seat which runs along the one wall and tables can be arranged along this seat in multiples of two. I understand the flexibility of it but it has the same drawback as it does at Sevruga, you end up sitting so close to the next table that you can hear what they are saying and smell their food. I don’t really know what to do when there is someone so close that they are in my line of sight. I had to keep averting my eyes so as not to catch the attention of the person sitting opposite me at the next table. This was even more of a problem when my dining partner was away from the table. I wanted to look around, but facing the wall meant there were limited options. After locking eyes with the person at the next table several times I made sure I avoided looking in that direction. When their food arrived, I found myself demonstrating inappropriate interest in it. They were quite gracious as I interrogated them about what they ordered. Anyway, the point is that I would recommend one of the tables in the centre of the room. 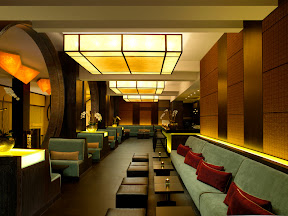 While we selected a wine, they brought us some edamame beans. I love them. The sommelier recommended an unwooded chardonnay from Groot Constantia which was nicely complex without having that heavy butterscotch element that I don’t enjoy in wooded whites. I can’t find the wine we had on the price list so don’t know how much it cost. Soon after the wine arrived, we received our bento boxes. I’ve never had a bento box before, in fact I didn’t really know what a bento box was. I checked it out on Wikipedia and have to say I quite like it. I love eating a whole selection of little things (my Spanish heritage perhaps?), as opposed to just one plate of food. The bento box had six compartments filled with a selection of tasty treats. Salmon ceviche (interesting, first time for me),  some sushi (nigiri and maki, not my favourite but I liked the eel), seared tuna (lovely and fresh), tempura prawns (so yummy), Japanese Halibut (quite rich from being marinaded, but accompanied with some sort of soya thing which looked like ginger and cut through the richness of the fish) and rice with steamed veggies. It was a great combination of things. 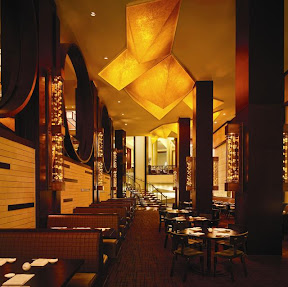 The actual bento box was a very fancy black laquered box which they bring to the table closed and then open it up in front of you. There was actually so much food I didn’t finish it all. Afterwards they brought the dessert which was amazing. A delicate malva pudding with vanilla anglaise and pineapple icecream (much nicer than it sounds, subtle).

The meal was really good. I don’t think R200 for a three course meal is particularly expensive and when you eat at Nobu, you’re getting much more than your average dining experience. Valet parking, awesome venue and exceptional service all add up to something special (and don’t forget the awesome bathrooms). If you want to spoil your special someone or try something new, I recommend you take advantage of this special. If you’re looking for a really special experience, enquire about their tasting menu paired with sake.