On our first evening at the Robertson Slow Festival, we were booked into Karoux. It’s on the main road in McGregor and we were staying in McGregor so it was a local option. I don’t really know much about McGregor, except that it’s a really small town. My experiences of restaurants in small towns have not been good so my expectations were quite low, but I was in for a surprise.

We parked just outside and as we walked through the arched entrance with a small fountain and great lighting, I had a little feeling that things might be looking up. A few steps on and we were in the courtyard with a small garden to the left and some outside seating to the right, a curtain of fairy lights between the two. We opted to sit inside and appreciate the funky decor. The owners (and chefs), Kurt and Andre, have collected some really interesting vintage and retro items. It’s a small and intimate space, with about 10 tables. Kurt and Andre share the cooking and serving responsibilities.

The menu is written on the blackboard and changes regularly as they use seasonal and organic produce as much as possible. Although tempted by the duck spring rolls (R30) I decided to start with the white bait (R40) which was very fresh and a generous portion. My partner had the deep fried brie (R35), a departure from the traditional deep fried camembert but no less enjoyable. It’s also a rather generous portion, a lot of cheese! 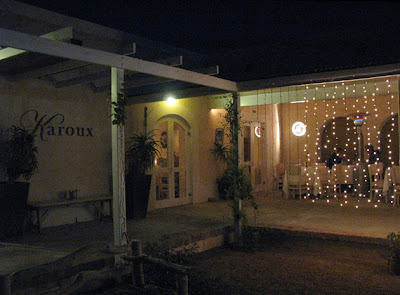 For mains I had the pork marsala (R75) which was fillet of pork done in a marsala sauce with wedges of apple. It was awesomely tasty and came with lovely veggies and mash. My partner had the butternut canneloni (70) which is done in a pancake instead of pasta, making it much lighter. We were both impressed with it.

For dessert we had honeycomb icecream with malva pudding, and managed to finish most of it despite being completely full. I had an unusual creme brulee with pear in it.

The wine list is short (maybe 10 wines altogether), but all the wines are from the surrounding area which is a good idea and they are reasonable priced. We enjoyed a bottle of Wederom Salvadori Shiraz for (R90), and I think it might have been the most expensive bottle. 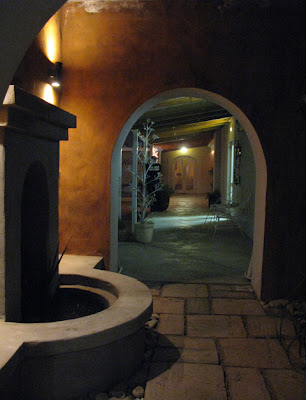 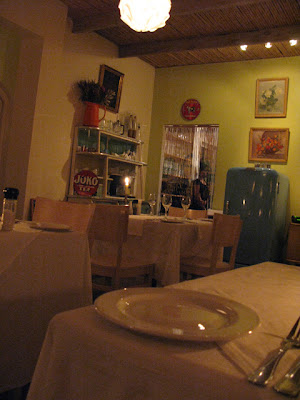 We spent a bit of time chatting to Andre and Kurt after dinner, they are friendly and down to earth, a vibe which the restaurant itself exudes. We enjoyed our evening and our meal and would be very happy to return at some point. Perhaps during the next Robertson festival we will make a point of popping in.