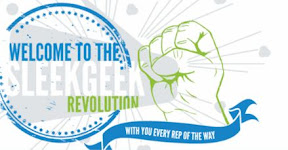 The last time I wrote about health and fitness was 2 years ago when I trained at One80. Since that time my fitness and health slowly deteriorated due to not prioritising exercise and eating calorie dense restaurant food most nights of the week. I had decided a while ago that I needed to do something about my health and fitness but I couldn’t seem to motivate myself. Then Sleek Geek challenge came along. With R10 000 prize money up for grabs to the person who loses the most weight, I had found my incentive. If I won, I would be R10k richer, and if I didn’t, at least I would have finally lost some weight and hopefully kick started a healthier lifestyle.

Sleek Geek does not prescribe any training or diet, each competitor diets and trains how they want to. I decided I was going to need some assistance in increasing my intensity of training. I thought boxing might be the solution as I’ve always understood it to be very intense training. So I joined The Ring, a new boxing gym in Mouille Point (convenient for me because I am a member of The Point Virgin Active). 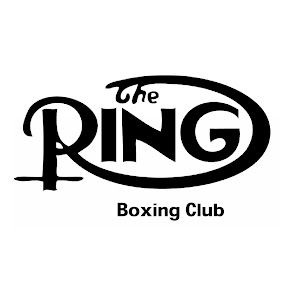 So I trained thrice per week at The Ring, and thrice per week at The Point. The boxing training was as intense as I was expecting, it was really tough to begin with but after the first 2 weeks I started to really get into it. In the 8 weeks I saw major improvements in my fitness. To give you an idea, I struggled to skip for a round (3 mins) and can now skip for 5 rounds. I struggled to run for 2 mins and can now run for 30. Push ups, sit ups and squats formed a large component of every hour session.

In terms of diet, I decided to follow a low carb plan as people seem to get good results from it. A typical day would be a banana and coffee for breakfast, a handful of almonds for morning snack, a can of tuna and a gherkin for lunch, some biltong for afternoon snack and chicken or fish with steamed veggies for dinner. I would say I was about 80% strict over the 8 weeks. I still ate out a few times and had cheat meals now and then. Obviously no alcohol over the time.

I was pretty impressed with what I achieved in 8 weeks, when I weighed in I was 13kgs down. That’s just shy of 1.5kgs per week for the 8 weeks. I only came 3rd! I reckon if I was stricter I could have done 2kgs per week but even that would not have been enough as the winner lost 18kgs in 8 weeks! My body fat percentage also dropped from 30% to 16%, but the 2 measurements were taken (with calipers) by 2 different people, which can affect the results. My subsequent measurements with different techniques say I am at about 20%, and I’m happy with a drop of 10% in body fat. I also dropped 10cm around my waist.

So I didn’t win the R10k, but I did kick start a healthy lifestyle. I’m enjoying being fit and I’m keen to keep pushing myself. I’ve decided to take a break from the boxing and try some other things to mix it up. I’ve been going to British Military Fitness a few times and I think it’s going to be a good option for summer because it’s outdoors. The nice thing is that beginners get an easier workout and can work their way into the advanced class over time, so you don’t die your very first time! I’m also thinking of doing some yoga to get more supple. I’m also trying electro muscle stimulation (EMS) for a month with Future Fitness. I’m a bit of a skeptic but I’m happy to give it a go. This is not the same as the machine you see advertised on Verimark, it’s a serious machine and seriously expensive. Apparently used by thousands and thousands of people in Europe, as well as by top athletes around the world. It’s only a 20 minute session, at your home once or twice a week. But you don’t relax in your couch, you actually do exercises and it’s VERY tiring. I’m always stiff for a few days after. 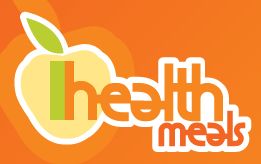 In terms of diet, this month I’m having my meals supplied by iHealth Meals. You choose if you want all meals and snacks or just lunch and/or dinner and they deliver your meals every day. You can select the types of meals you want, eg. Low carb, weight loss, sports diet, etc. Then they deliver specially designed, calorie controlled meals every day so that you don’t have to think about it.

So wish me luck, hopefully I can keep up the healthy lifestyle but still enjoy what the Cape Town culinary and festival scene has to offer. Apparently it’s about balance.