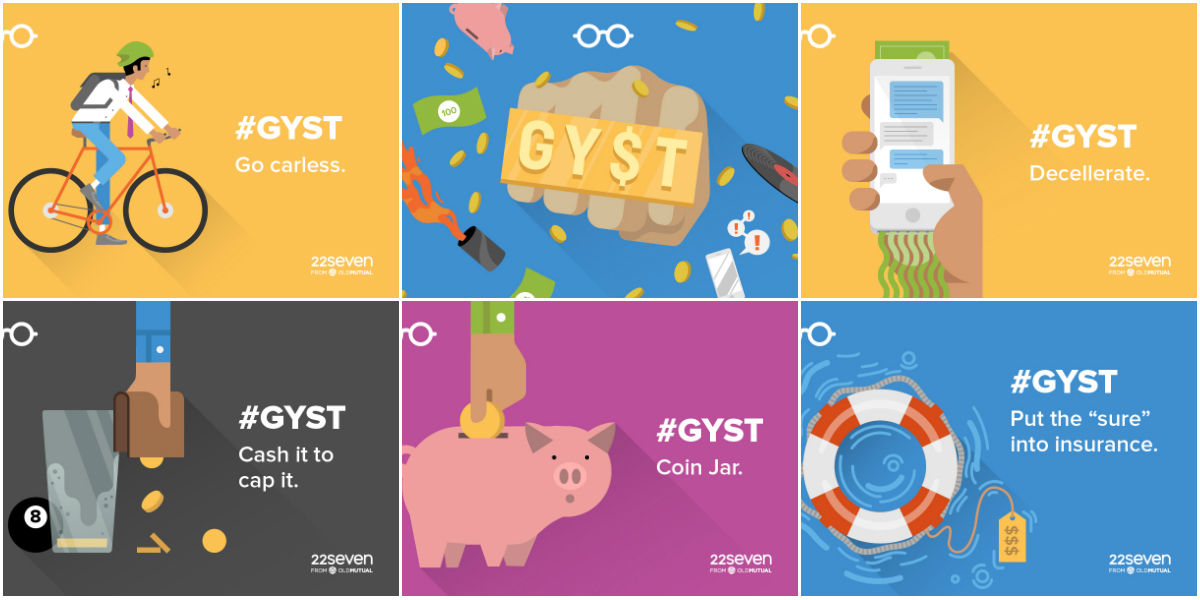 At the beginning of August 22seven asked me to join do a money saving exercise and report back on the results. They gave me a selection of money saving ideas to try. I had to select 7 of them and do them for roughly a month. Read my introduction post for details on the 7 money saving ideas I selected. This post is my feedback on the the exercise with my comments on what worked and what didn’t. Each section has a tip for anyone looking to save money.

My personal opinion is that saving money is like dieting, doing it just for a couple of months won’t help in the long run. If you want to lose weight and keep it off, you have to make lifestyle changes and the same applies to saving money. You can’t just save for a couple of months, you need to make lifestyle changes. For this reason I will also comment on these 7 saving strategies with respect to their sustainability. In other words, could you carry on doing things like this going forward?

1. Put the ‘sure’ into insurance

This was quite an easy one and basically involved checking if I could find cheaper insurance. To be honest, I only have car insurance, not household. Which is probably quite silly, but I live in an apartment on the 2nd floor so the chances of something happening are quite small. But I may need to reconsider this as I now have quite an expensive camera and would like to be able to claim from insurance if it were stolen from me or dropped. But for now I just needed to check that I could not find a better insurance premium. I have actually previously moved insurers twice due to finding cheaper premiums elsewhere. However on this occasion I was relieved to find that my current insurer was still cheaper than the competition.

It’s recommended that you get a competitive quote every year. A good time to do it is when they send you a notice that your premium is increasing. Check if you can get a cheaper premium elsewhere and if you do, don’t just move but tell your current insurer and they may match it, saving you the hassle of moving to a new provider.

TIP: Get competitive quotes every year but be sure to compare apples with apples. Don’t just compare the premium, compare excess, car hire and other included things. Don’t be swayed by a cash back bonus after a few years. There is a chance you won’t get that back so don’t let it be the decider.

I actually thought they had made a spelling mistake with that heading but it’s to do with cell phones so it’s an intentional error. The task was to check if you could save money by switching from contract to prepaid or vice versa. I did the exercise but I already knew what the outcome would be because I only moved from contract to prepaid last year.

I had been on contract with MTN for about 20 years but I was sick and tired of being scammed the whole time. I believe in rewarding disruptors, which is also why I switched to banking with Capitec. When Cell C made all calls 99c whether on or off network, peak or off-peak, local or international, I knew I had to support that. It was easy to switch (read about that here) and I have saved a ton of money since I switched. My bill is now less than R200 a month for calls and data. And if I don’t use my phone for a month because I’m overseas, it costs me nothing. I was paying about R650 a month on MTN but that did include a phone. If I add my phone costs to the calculation (cost of phone divided by 24 months) I have to add R150 monthly. So the total is R350, about 50% of what I would be paying on contract with another service provider.

TIP: Don’t just look at prepaid vs contract, also have a look at another service provider. The combined changed can save you a ton.

I moved about a year ago and sold a bunch of stuff at that time so I wasn’t sure I would have much to sell. But it turns out I had some electronics I could sell. An old tablet, an old camera and an old computer screen were the things I found that I didn’t need anymore. The screen wasn’t working but I took it to one of those shady electronics shops on Sea Point Main Road and they fixed it for R250. I then sold it for R750 so made R500 on that. The old camera and tablet I only got R1,000 for both. I was lazy though. I could have got more on Gumtree I imagine but I just didn’t want the admin so I sold them to Cash Crusaders.

The tricky thing is that the cash went into my pocket and I spent it, so it didn’t reflect in my 22seven app. Except that for a month my ATM withdrawals were less than normal. It might be an idea if you sell things for cash to transfer that amount from your current account to your savings account and then you’re free to use the cash as if you had withdrawn it.

TIP: Keep the packaging of your old goods in case you want to sell them. You can get much more for things in original packaging. When I get a new phone, I just take out the phone and leave everything else as is. I use my old charger and accessories. Then when want to sell the phone, I give it a wipe and slide it back into the box so it looks as good as new.

The idea with this task was to not spend any money on a Sunday. I actually did this a few Sundays as I don’t seem to spend much on Sundays generally. I tried making it a no spend weekend (that even sounds better) but that was way too hard. To be absolutely honest, I don’t think ‘no spend’ days are a good way to save. The reason being that people will go and purchase the things they were going to purchase the day before or the day after.

What I think is more effective is cutting something out for a month. For instance, if you stop drinking alcohol for a month you could save a ton of cash you might have spent on beer or wine. Maybe chocolate? Coffee? What is it that you consume regularly that you could cut our for a month and increase your savings? This is not very sustainable but useful when you need to save up in a hurry.

TIP: Use the 22seven app to identify something that you spend a bunch of money on each month try cutting it out for a month. Or for a more sustainable option, cut it our for 1 week of every month, that’s a 25% ongoing saving.

The idea here is to put all your change in a jar at the end of each day and see how much you have at the end of the month. A while ago I actually went and bought a wallet that doesn’t have a change compartment because I didn’t want to carry coins around. Any change I get a drop into the centre console of my car and I use it to pay for parking. Fortunately I was using my car a lot less this month (see no. 7) so the coins accumulated and I had about R90 in the end. But this does not reflect in my 22seven app. I’m not sure it’s a particularly fruitful exercise as I really don’t use cash that much either. I like to use my credit card because a) it’s convenient, b) it’s cheaper and c) I get loyalty points. In addition my credit card transactions go through the 22Seven app individually, unlike cash transactions, so I can monitor exactly how I spend my money.

TIP: Use cash as little as possible so that you can monitor your transactions in the 22seven app. Keep any change you get in a central place and use it either for small household expenses (bread & milk?) or vehicle expenses like parking, etc.

For this task I was meant to go out for an evening with cash only and no backup cards so that I could not spend more than the cash budget I had brought with me. As mentioned in the previous task, I am not a fan of using cash as I can’t track my expenses properly. Eating out is one of my biggest expenses so I like to know exactly what I have spent over the month. I did go out with only a couple of hundred Rand and didn’t spend more but that was because friends bought the first few rounds, then I did a runner. So I will have to make it up next time we go out…

TIP: Don’t be that person!

This was the most interesting of the 7 challenges for me. I’ve been wondering for a while whether giving up one’s car and using solely public and alternative transport would be a) feasible and b) financially beneficial. Doing it for a month gave me some insight into the challenges one would face in giving up one’s car. There is a lot more to it than meets the eye and the 22seven app came in very useful in identifying and quantifying the expenses involved. There is so much to consider that I actually wrote a whole separate post on it which you can find on the 22seven Blog.

TIP: This is a big decision so consider it carefully, but it can be very financially beneficial under the right circumstances. Perhaps try not use your car for 2 months and see how you go.

I did accumulate a few extra Rands over the challenge, mostly from selling some items. The benefits really came from thinking about my spending habits more and analysing my spend on certain things, particularly my car. The 22seven app really helped me to accurately measure the actual costs related to my car.

In terms of sustained changes, while I’ve opted to keep my car, I’ve realised my spend on petrol can be reduced. So I’ve decided to limit myself to one tank of petrol each month. I will fill up in the first week of the month and only allow myself to fill up again in the first week of the following month. If I start running low on fuel I will be forced to use public transport more.