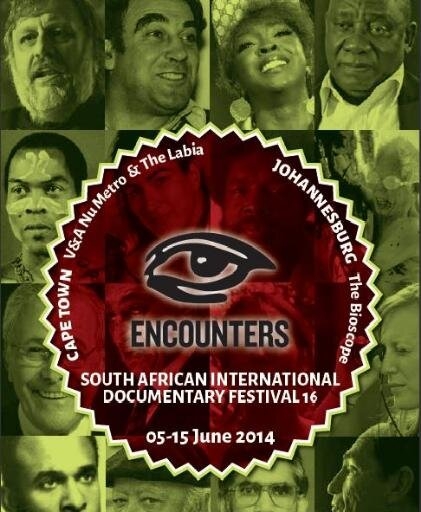 I love watching documentaries. I always learn so much. The Encounters Documentary Festival always presents a quandary for me as I have to choose which documentaries to watch due to time limitations. They asked me to review a few for them again this year, so after going through the list I finally managed to whittle my initial selection of 20 down to 3.

All 3 of them were very interesting, below are my comments:

I was very keen to see this documentary. I suspected that the information we were fed via the media was propaganda so I was hoping this documentary would reveal another side of the story. And that it did. Far from miners going on a rampage, Miners Shot Down reveals how a legal strike that was initially peaceful escalated to violence when the strikers were attacked by NUM officials a few days before the massacre.

In fact, live footage shows how the miners deliberately avoided confrontation on several occasions despite being antagonised by the police. Then finally, on that fateful day, after Cyril Ramaphosa himself (ironically the man that made a name for himself when he started the mineworkers union many years ago, but now actually sits on the board of Lonmin’s local operations) had sent the police chief an email telling him to ‘sort it out’, things exploded.

But they didn’t explode because the miners were being aggressive. In fact, they were peacefully dispersing when the police cut them off, rounded them up and shot them. Then hunted more of them down.

Hard to believe? Make sure you watch this documentary.

This documentary interested me because I find it hard to understand how executives can earn themselves million Rand salaries by making the lives of poor people harder than it already is.

You may remember the story because it was reported widely. The major bread companies were caught colluding on the price of bread and were slapped with the biggest fines the competition commission had ever dispensed. Two of the companies paid fines of nearly a billion Rand!

However, two things you don’t know would be that it was one man who exposed the collusion. He suffered dearly for standing up for the poor. He lost his successful business and basically had his life ruined. And the second thing is that this story is not over. There is now a class action lawsuit being laid against the bread companies. South Africa’s first class action lawsuit.

This was an extremely interesting documentary. It was sad in that it revealed how corporations don’t give a damn and will crush anyone to make profits. But inspiring to see one man taking a stand and making a difference.

This one is about fracking. Very topical for us as the government recently lifted the moratorium on exploration for gas to be fracked in the Karoo. I’ve actually seen a few documentaries on fracking before, but I still learnt some new things from this movie.

It’s actually produced by a Karoo resident who decides to go to the States to investigate the impact on fracking over there. It’s scary to see what she finds. Despite the gas companies preventing people from talking by paying them off, she manages to find some people who are prepared to share their stories. It’s so sad and scary. And it was only recently that a court in the US, for the first time, awarded damages from fracking operations.

Everyone should watch this movie and we need to stand together to fight for our beautiful Karoo.

This is the official trailer for the 2014 Encounters Documentary Festival.

Find more information on the movies and the screening schedule at the Encounters website.