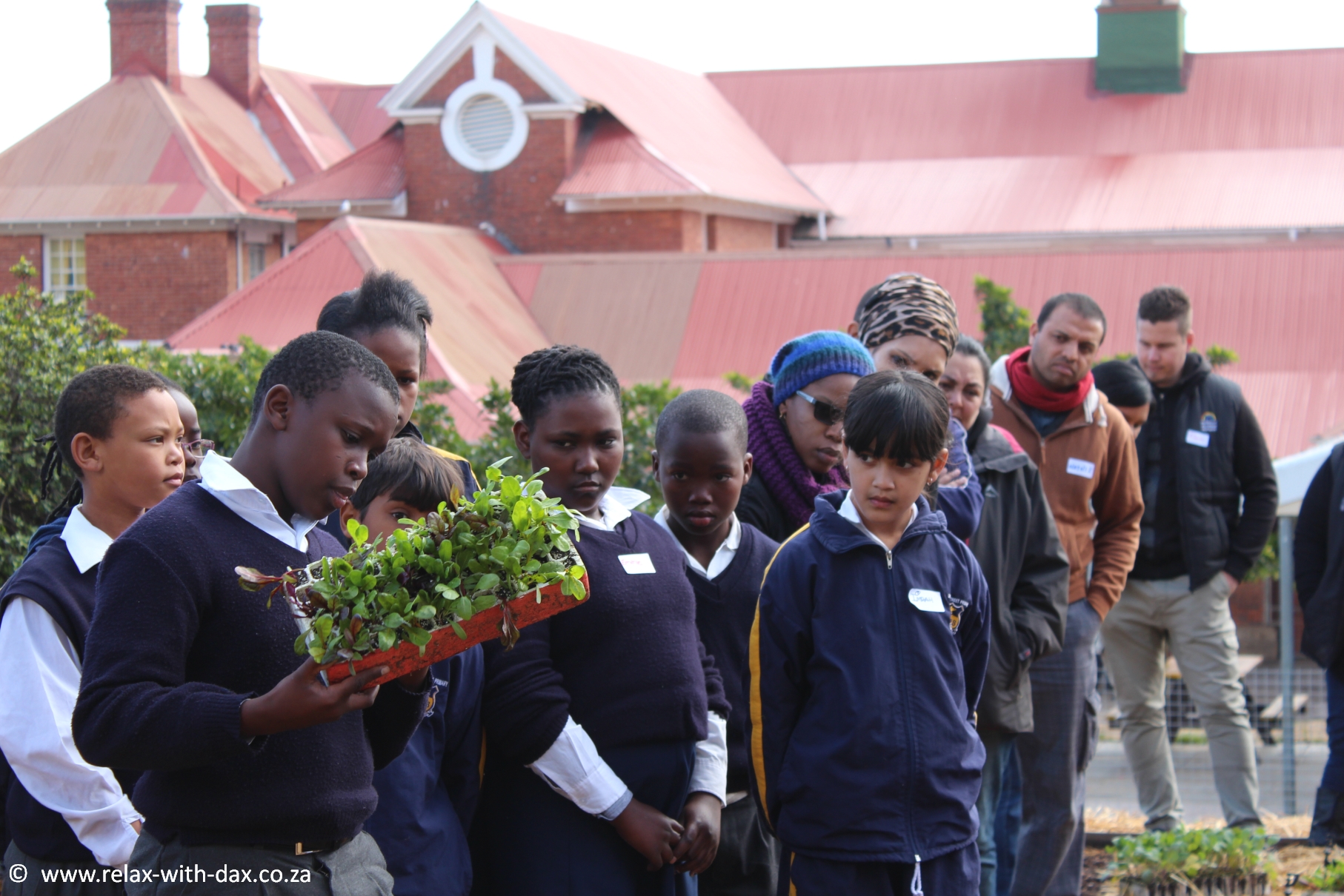 In 2007 I watched a documentary called The Power of Community: How Cuba Survived Peak Oil. It was very interesting because it looked at what Cuba had to do to survive during the years after the fall of the Soviet Union, when they were embargoed by America. They were tough times as they had no access to oil and many other necessities. I remember that one of the most important things they did to survive was start food gardens. Anyone who had space would grow food, even on the roofs of their houses. Neighbours would share with each other, barter, even sell. But most importantly it meant they had access to nutritious food to supplement the staples the government was distributing. As an aside, if you think 2 hours of loadshedding a couple of times a week is heavy going, they were having up to 16 hours at a time! Which means you can’t keep food in your fridge, etc.

I remember thinking to myself, this is a solution to some of the problems we face in South Africa. We are so caught up in the model of earning money to buy food from a shop that we haven’t stopped to consider that a person could spend some of their time growing food at or near their home, the food could feed their family and possibly provide an additional source of income. That was 2007, now it’s 2015 and over that time things have slowly changed and the value of food gardens has finally been recognised.

MySchool invited me to assist with the planting of a food garden at Chapel Street Primary School in District 6. The project is a collaboration between the school, Woolworths Financial Services (WFS), Partners for Possibility and Urban Harvest. Some unused space at the school was designated for the garden and the guys from Urban Harvest spent 2 weeks removing debris, preparing the soil and outlining the garden beds. A large fig tree growing to the one side was left there and another fruit tree was planted as a centre point of the garden. The beds were strewn with hay to keep the soil cool and retain moisture.

At this point the planting team arrived, consisting of volunteers from WFS and the school’s newly formed gardening club and other stakeholders such as representatives from MySchool, the school board, Urban Harvest and me, the blogger. Most importantly the ‘garden champion‘ was there. This person receives a stipend each month to manage the garden from day to day. It was a quick and easy operation as Urban Harvest has done the hard work already. But it was important for the stakeholders to be involved in order to develop a sense of ownership. I said it was quick and easy, but it was no insignificant achievement. In the 400 square metre garden we planted nearly 2,500 seedlings which included kale, cabbage, broccoli, turnips, leeks, beetroot, celery, spinach as well as a substantial amount of perennial herbs such as rosemary, lavender, oregano, thyme basil and wild garlic.

In a few months time, when the garden reaches full production, it will produce between 10 and 15kgs of fresh food every day. That will be a substantial addition of fresh, health produce to the school’s current feeding programme. Potentially increasing the number of learners that can be fed by 100. Nutrition is one of the major issues in childhood development and learning. By providing school learners with a meal each day it increases their potential dramatically. Sometimes it’s the only meal they will have that day.

Getting the garden produce from the ground to the plate is no small feat. There is the potential for breakdown at various stages of the process which is why it’s important that the right partnerships are in place and that there is buy in from the relevant stakeholders. Keeping the garden going is a substantial challenge on its own. Many food gardens that have been established in the city have eventually been neglected. Urban Harvest has been involved in the set up of over 250 gardens and has learned that certain things need to be in place to ensure there is a good chance that the garden will continue to be utilised.

Most important is the sponsor which will provide the necessary funds, not just to plant the garden but to pay a stipend to the garden champion who will be in charge of the garden and it’s daily needs. In addition the funds need to cover a retainer for Urban Harvest to spend an hour or so a week at the garden, giving guidance to the garden champion and keeping an eye out for potential issues. But as important as money is, so much more has to be in place for the garden to be sustainable. The school must commit to the project, from the top down. The principle and school board must get behind the project. Not just by passively letting it happen, but by ensuring the learners get the full benefit of the garden. To this end the school has created a ‘garden club’ for learners that would like to volunteer to spend some time in the garden each week. The plan is to try and integrate the garden into the school curriculum, making it a part of subjects such as biology or geography, etc.

Urban Harvest will fill the role of monitoring the garden and training the garden champion. They will check what grows well and what doesn’t grow well, monitor for pests and other problems. Their interventions will slowly become less necessary as the garden champion learns the ropes. In terms of the project as a whole, WFS have been working with Chapel Street primary school in a mentoring role for some time already. This project is an outcome of that relationship and WFS will continue to provide support where it is needed to ensure the garden and its benefits continue for years to come. But even with all of this in place, it can still be a challenge to get the food onto plates. Kitchen staff that are used to cooking certain dishes and certain ingredients can be resistant to change and to additional work. For this reason the kitchen staff will trained on how to prepare the fresh vegetables and how to integrate them into the current feeding scheme ingredients. They will also be given a small supplement to their usual income in acknowledgement of the additional effort that may be required.

Nutrition is only one of the manifold benefits of community and school food gardens. Many of the learners live in areas where there is little or no ‘green’. Having the opportunity to see plants growing and to sink their hands into the soil can be very therapeutic. There are opportunities for learning about the plant kingdom, how plants grow and reproduce. Furthermore the life skills that develop from enjoying the rewards of labour are priceless. Many of these learners will be inspired to start their own food gardens at home or in their community. Urban Harvest will happily provide them with the seeds and training they need.

It’s inspiring to see what a partnership of committed people can achieve. From what I saw happening in Cuba, I think these food gardens could play a role in solving some fundamental issues that the underprivileged of South Africa face. I’ll do a follow up visit to the garden in a few months time and see how it’s going.

See my full gallery of images from the day here.