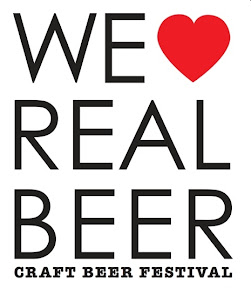 I’m a big fan of the We Love Real Beer craft beer festival, you can read my rave reviews on the previous two here and here. But unfortunately this most recent one was really not enjoyable at all.

All the ingredients were there for a great festival. A selection of fine craft beers, some good food stands, live music and a crowd of fun people. Unfortunately, the problem was the last bit, they let in way too many people.

It is difficult to explain how frustrating it is to be surrounded by great beer and not be able to get any because you can’t actually get to any of the stands through all the people. Then when you eventually get to a stand, there is a long queue for you to wait in.

Within a few minutes of walking in, I was unable to move forward or backward at all, completely stuck in one place being bumped and jostled the whole time. I managed to fight my way over to the Jack Black stand and taste the new pilsener (which is pretty good by the way). That was the last time my glass had beer in it.

I found a few of my friends but it was impossible to chat to them due to the noise and being pushed the whole time, so I decided to call it a night. On the way out I had a great steak roll from Kitchen Cowboys, which put me in a slightly better mood.

I really do not care to repeat that experience, and everyone I spoke to agreed.

I have just one question, why did they not open the back section? No need to put stands there, just put tables and benches around the outside, the band at the far end and and leave the middle as standing/dancing space. This would take the pressure off the beer hall. That simple solution would have turned an unpleasant exprience into an awesome experience.

A quieter, less crowded beer hall would mean you could easily taste several beers and ask questions about the beers. Surely this is the purpose of the craft beer festival? If it just involves standing around drinking beer and chatting to your mates, I can do that at any event.

On a positive note, I noticed there were some craft ciders available at this event, which is a great addition.

Anyway, I’m sure lessons have been learned (although, this is the 3rd one so can’t understand why lessons are still being learned) and the next one will be awesome.

Don’t forget, there are a bunch more beer festivals happening before the end of the year. See the list here.