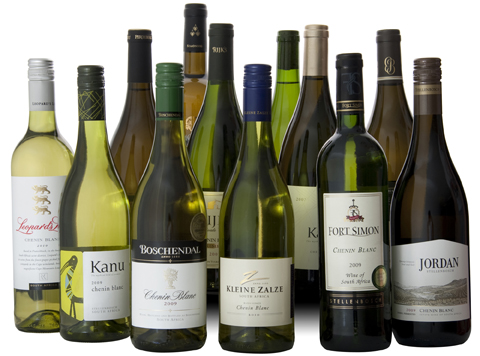 The awards ceremony for the Wine Magazine Chenin Blanc Challenge took place at Overture restaurant on Hidden Valley estate on a most perfect day. When you eat at Overture, you will also appreciate a perfect day because the view is amazing from up there. I haven’t been to Overture in a long time, in fact my last review is more than a year and a half old. This is not because I don’t want to eat there, it’s a really fantastic restaurant (borne out by the fact that it is in the Eat Out top 10 again), but I just have so many places to try still. So I was pretty excited to see that the awards were happening there.

I don’t know a lot about chenin as I’m more of a red wine drinker, but I do know that people used to be embarrassed to order it in public. These days (due to much hard work by the Chenin Blanc Association) it’s becoming quite popular. Especially as it offers something for those who don’t particularly enjoy Sauvignon Blanc nor Chardonnay for various reasons.

I tasted the twelve winners and was impressed with the variety. There were quite a few heavily wooded (in my books, as I’m not a big fan of wooded whites) wines, but also a range of lighter wines and some with quite pronounced acidity. There should be something for everyone’s taste in the lineup. My favourite was the Kanu 2009. Here are the winners (with retail prices), the Perdeberg in bold was voted the best wine overall:

Meanwhile the food at Overture did not disappoint. All three courses were at a very high standard despite the fact that they were catering for about 100 people. I hope to get back there for a meal soon.