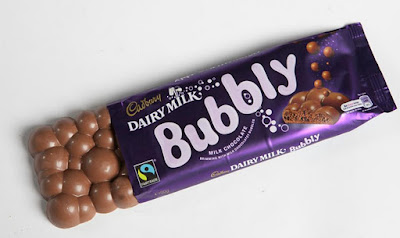 You  must have heard about the new Cadbury’s Bubbly chocolate. If you haven’t heard people raving about the actual chocolate or seen it in the shops, then you’ve seen the TV advert with the floating cows (below).

I’ve actually tasted the chocolate, so I get what people are raving about. It also comes in Cadbury’s new resealable packaging, which is daft because there is no way that you will not finish it once you’ve opened it.

Anyway, enough about chocolate, let’s talk about me. I’ve been invited to participate in the Bubbly Challenge, which forms part of the launch campaign for Cadbury’s Bubbly. The Bubbly Challenge is not who can eat the most Bubbly bars in a week. If it was I would have won already (just kidding). It’s actually a really cool series of events and challenges, like zorbing (here is the definition of zorbing, I also had no idea what it was) and sumo suit jousting.

I will be competing, in Joburg, against a bunch of other bloggers. We will be judged on speed, agility and influence. That’s influence (which I don’t have), not influenza (which I currently have plenty of). So I’m going to need your help, a lot of it. You see I’m not going to score well in speed, nor agility, so I have to dominate on influence.

This Friday (7th September) between 10am and 2pm you will be able to follow my progress at www.bubblychallenge.co.za and do whatever you can to make me look influential. I’m not sure at this stage what that will involve, but I imagine it will involve voting, sharing via social media, etc. Nothing you can’t handle. 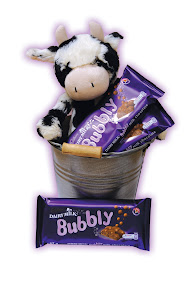 I’ve been provided with 2 Cadbury’s Bubbly hampers to give away. They contain 5 slabs of Bubbly! And a cute cow. In a bucket. I know some people who want this prize just for that cute cow. I’m going to give one of the hampers away for support on Twitter and the other for support on Facebook, you can enter via both in order to increase your chances of winning. To support on Facebook, visit my Facebook page and ‘like’ the Bubbly Challenge competition post.

Thanks for the support everyone!