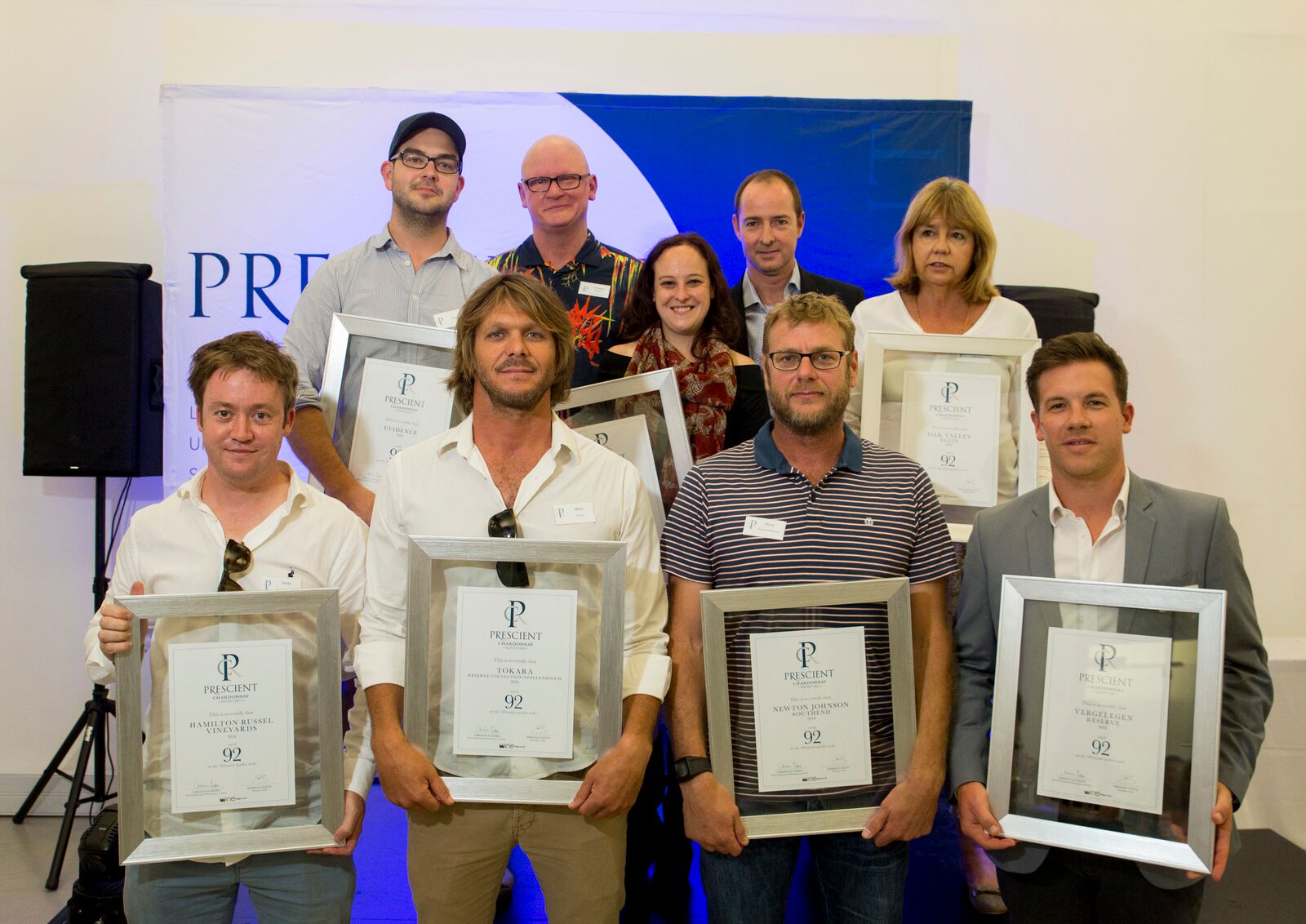 Last night I attended the announcement of the Prescient Chardonnay Report 2015 in association with Winemag.co.za. It used to be the Christian Eedes Chardonnay report but now it has a shiny new sponsor. The awards ceremony was held at Gallery Momo on Buitengracht Street.

I like to attend these events even though I could probably just publish the results from the press release that gets sent to me. The reason I like to attend them is that we get to taste the winning wines. It’s not often you find yourself in a room with 10 of the best chardonnays in South Africa. It’s a rare opportunity to compare them and find a favourite. Which is exactly what I did. All of the wines available to taste have just been selected as the best Chardonnays in the country so they are all brilliant but my favourite was the Seven Flags Chardonnay from Paul Cluver. It will set you back a cool R400 though!

What was interesting about the awards this year was that the entries performed really well and the judges found themselves in the tricky situation of having 29 out of the 60 invited entries that scored 90 points and above. With the blessing of the sponsor they decided to award them all. And why not? If they are great chardonnays why be limited to a top 10?

Interestingly, of the 29 chardonnays that were awarded 90 points and over, 24 of them were 2014 vintage. After tasting a few, I realised that they will just get better and better with time in the bottle, which is what you expect from wines at this level. Of the 8 that scored 94 points (the highest), 4 of them were from Elgin, which is amazing.

What everyone wants to know is, which are the best value chardonnays? The prices are next to the wines, but let me point out some notable ones for you.

Cheapest top scorer: The Eikendal Chardonnay 2014 scored 94 points and the notes put it at R165 but I found it at winecellar.co.za for just R125! That makes it one of the 5 cheapest wines in the entire list.

Cheapest overall: The cheapest wine in the entire list, as far as I can tell, is the Hartenberg Chardonnay 2013  at R95 per bottle from the estate, the only one below R100 and at 92 points, a steal. The Mulderbosch Chardonnay at R105 is also awesome value for a wine that scored 90 points.

Most expensive: The Single Tree 2014 from Uva Mira scored 94 points and costs a hefty R450. Might be worth checking out Uva Mira’s other chardonnary, The Mira 2014, which was awarded 93 points but only costs R145.

Best value: If that Eikendal really is available at R125, then that’s the clear winner. Otherwise the Hartenberg is unbeatable, 92 points and only R95.